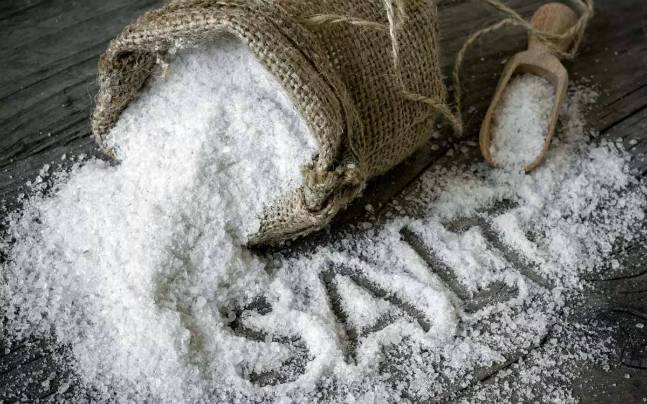 Music about Salt of the Earth:

Love Like Salt — Lisel Mueller
It lies in our hands in crystals too intricate to decipher
It goes into the skillet without being given a second thought
It spills on the floor so fine we step all over it
We carry a pinch behind each eyeball
It breaks out on our foreheads
We store it inside our bodies in secret wineskins
At supper, we pass it around the table
talking of holidays and the sea.

Idiom … In 77AD Pliny the Elder (a natural philosopher under The Roman Empire) translated an ancient cure to poison, in which he wrote “to be taken fasting, plus a grain of salt”. This suggested that bad effects could be counteracted by a grain of salt. The more metaphorical meaning – that incorrect information might be made easier to accept by ‘taking it with a grain of salt’ – did not become widely used until much later, in the 17th Century. For example, in 1647 John Trapp said of his own writing “This is to be taken with a grain of salt”. More recently, the idiom has been modified from a grain of salt to a pinch of salt, and we can now use either grain or pinch in this saying.

Wonder is the salt of the earth. — M. C. Escher

Let there be work, bread, water and salt for all. — Nelson Mandela

Whoever you are, whatever you are, start with that, whether salt of the earth or only white sugar. — Alice Walker

The percentage of salt in our bodies is very close to that of the ocean, so just how salty does that make us? — Len Fisher

In Rome… the soldier’s pay was originally salt and the word salary derives from it. — Pliny the Elder

I do not at all understand the mystery of grace–only that it meets us where we are but does not leave us where it found us. It can be received gladly or grudgingly, in big gulps or in tiny tastes, like a deer at the salt.  ― Anne Lamott

A black person grows up in this country – and in many places – knowing that racism will be as familiar as salt to the tongue. Also, it can be as dangerous as too much salt. I think that you must struggle for betterment for yourself and for everyone. — Maya Angelou

Seas were meant to be sailed by those with salt in their veins, and love in their heart. ― Anthony T. Hincks

Any conviction worth its salt has chosen to cohabit with a piece of mystery. All of our traditions insist on a reverence for what we do not know now and cannot tie up with explanation in this lifetime. This is an invitation to bring the particularities and passions of our identities into common life, while honoring the essential mystery and dignity of the other … — Krista Tippett

In ancient Rome, it was salt and not money that was used for commerce or trading. The soldiers who worked for the Roman empire got a handful of salt in return as their payment each day. This is where the common saying of “being worth one’s salt” comes from. Soldiers who did a good job were worth the salt they earned. — Roshni

For it is not needful, to use a common proverb, that one should drink up the ocean who wishes to learn that its water is salt. ― Irenaeus of Lyons

… you just add a pinch. Salt brings out all the flavors … It’s weird, isn’t it? How something so opposite of sweet can make things taste even better? ― Cecilia Galante

Commentary on
Being Salt of the Earth

Jesus’ words … are meant to wake us, to remind us of what we carry in our bones: the living presence of the God who bids us be salt in this world in all our savory particularity; to be light in the way that only we can blaze. — Jan Richardson

We perhaps should not miss the fact that Jesus does not say “here are the conditions you must meet to be the salt of the Earth.” He does not say here are the standards of wholeness you must fulfill in order to be light for the world.  He looks out into the crowd of people in pain, people who have been broken open – those cracks that let in and let out the Light, who have the salt of sweat and tears on their broken bodies, and says you ARE salt. You. You are light. You have that of God within you the God whose light scatters the darkness. Your imperfect and beautiful bodies are made of chemicals with holiness shining in it…you are made of dust and the very breath of God. In other words, you are a broken jerk and Jesus trusts you. Don’t wait until you feel as though you have met the conditions of being holy. Trust that Jesus knows what he is doing. And that you already are salt and light and love and grace. Don’t try and be it. Know that you already are. And then, for the love of God, take that seriously. The world needs it. — Nadia Bolz-Weber

Jesus said the church should be the salt of the earth, and we need to remember the salt is not the food. He said we should be the leaven in the bread, and we are not the whole bread. The church, along the way, started thinking it was the whole bread, the whole food, but we’re just the salt and leaven. When the church operates as a small community of rooted and committed believers, then it makes a difference. From its minority position of integrity and truth, it is able to preach the Gospel. And that leaven is enough to “save” the world from self-destruction. — Richard Rohr

Jesus himself, as the gospel story goes on to its dramatic conclusion, lives out the same message of the Sermon on the Mount: he is the light of the world, he is the salt of the earth, he loves his enemies and gives his life for them, he is lifted up on a hill so that the world can see. — N. T. Wright

But these few are the salt of the earth; without them, human life would become a stagnant pool. Not only is it they who introduce good things which did not before exist, it is they who keep the life in those which already existed. — John Stuart Mill

Let yourselves be guided by the Holy Spirit to be the leaven of new life, salt of the earth and light of the world. — Pope Benedict XVI

Salt in our Bodies — Len Fisher

Salt & the Function of Our Cells (link to full article) 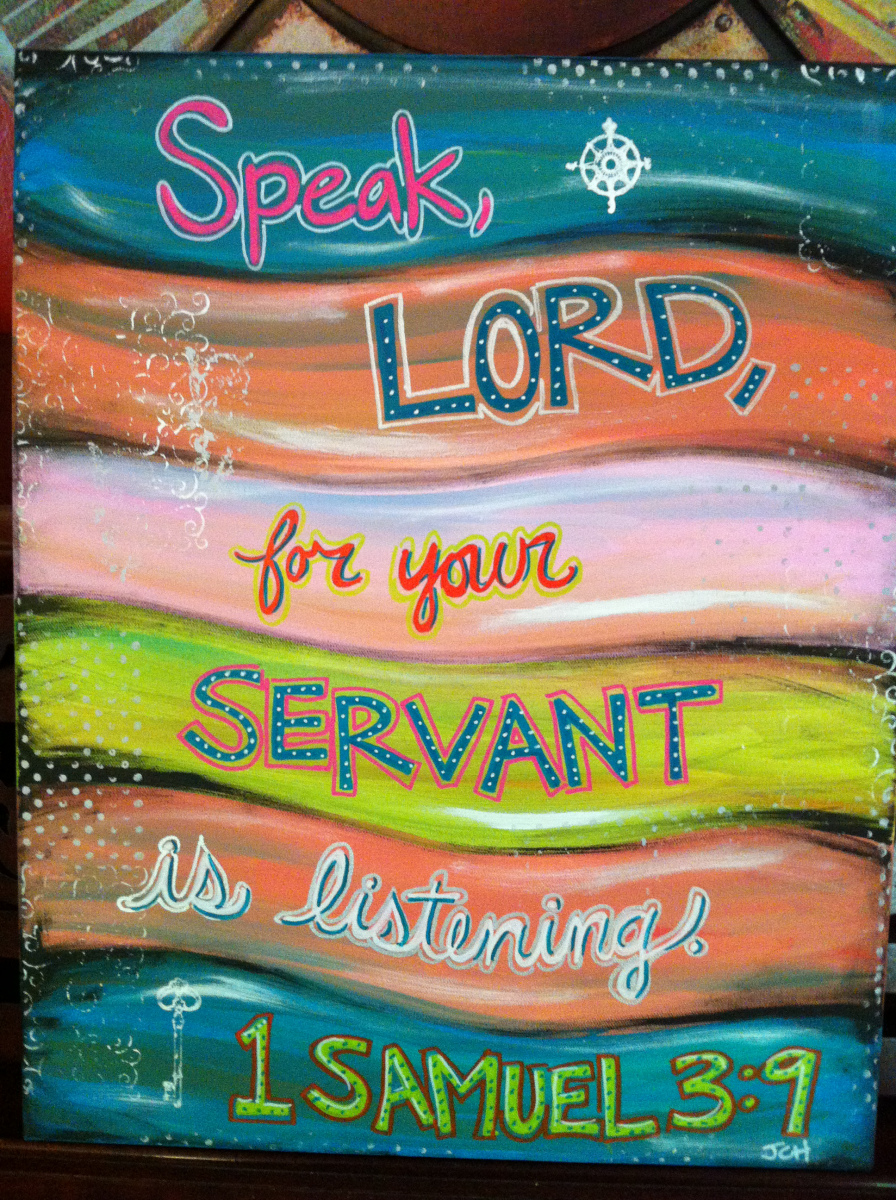 Part of doing something is listening. We are listening. To the sun. To the stars. To the wind. ― Madeleine L’Engle, Swiftly Tilting Planet

The Meadow (excerpt) — Marie Howe
Bedeviled,
human, your plight, in waking, is to choose from the words
that even now sleep on your tongue, and to know that tangled
among them and terribly new is the sentence that could change your life.

… entrepreneurs and creatives … tended to ask three excellent questions when discerning God’s calling on their lives:

END_OF_DOCUMENT_TOKEN_TO_BE_REPLACED 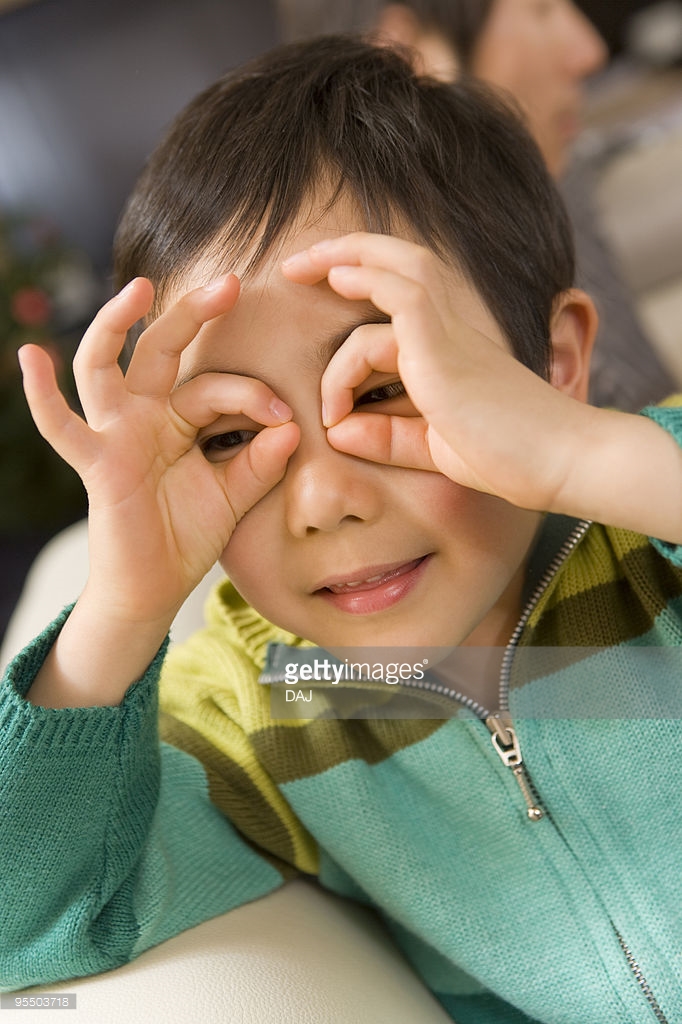 Meditations inspired by scriptures that call us to wake up, be alert, pay attention, be present and engaged. What does that spiritual practice look like in your life?

Golden slumbers kiss your eyes
Smiles awake you when you arise. — Thomas Dekker

I cannot be awake for nothing looks to me as if did before.
Or else I am awake for the first time
and all before has been a mean sleep.
— Walt Whitman

There are many whose eyes are awake
and whose hearts are asleep;
Yet, what can be seen
By mere creatures of water and clay?
But he who keeps his heart awake
Will know and live this mystery;
While the eyes of his head may sleep
His heart will open hundreds of eyes.
If your heart isn’t yet illumined
Be awake always, be a seeker of the heart,
Be at war continually with your carnal soul.
But if your heart is already awakened,
Sleep peacefully, sleep in the arms of Love,
For your spiritual eye is not absent
From the seven heavens and seven directions
— Attributed to Rumi

Our species needs, and deserves, a citizenry with minds awake and a basic understanding of how the world works. — Carl Sagan

We must learn to reawaken and keep ourselves awake, not by mechanical aid, but by an infinite expectation of the dawn. — Henry David Thoreau

Buddhist mindfulness is about being present but I also think its about being real. Being awake to everything. Feeling like nothing can hurt you if you can look it straight on. — Krista Tippett

Why does the eye see a thing more clearly in dreams than the imagination when awake? — Leonardo da Vinci

To be fully alive, fully human, and completely awake is to be continually thrown out of the nest. To live fully is to be always in no-man’s-land, to experience each moment as completely new and fresh. — Pema Chodron

In these times you have to an optimist to open your eyes when you awake in the morning. — Carl Sandburg

Today is life —the only life you are sure of. Make the most of today. Get interested in something. Shake yourself awake. Develop a hobby. Let the winds of enthusiasm sweep through you. Live today with gusto.— Dale Carnegie

I love sleep. My life has a tendency to fall apart when I’m awake, you know? — Ernest Hemingway

Sleeping is no mean art. For its sake one must stay awake all day. — Friedrich Nietzche

Arise
Person after person has said to me in these last few days that this new world we face terrifies them. I can understand how that feeling would arise unless one believes that men are capable of greatness beyond their past achievements. … The times now call for mankind as a whole to rise to great heights. We must have faith or else we die. — Eleanor RooseveltFirst thing every morning, before you arise, say out loud, ‘I believe’ three times. — Ovid

When you arise in the morning, think of what a privilege it is to be alive – to breathe, to think, to enjoy, to love. — Marcus Aurelius

I arise in the morning town between the desire to improve the world and the desire to enjoy it. This makes it hard to plan the day. — E.B. White

There is a Japanese proverb that literally goes, ‘Raise the sail with your stronger hand’, meaning you must go after the opportunities in life that you are best equipped to do. — Soichiro Honda