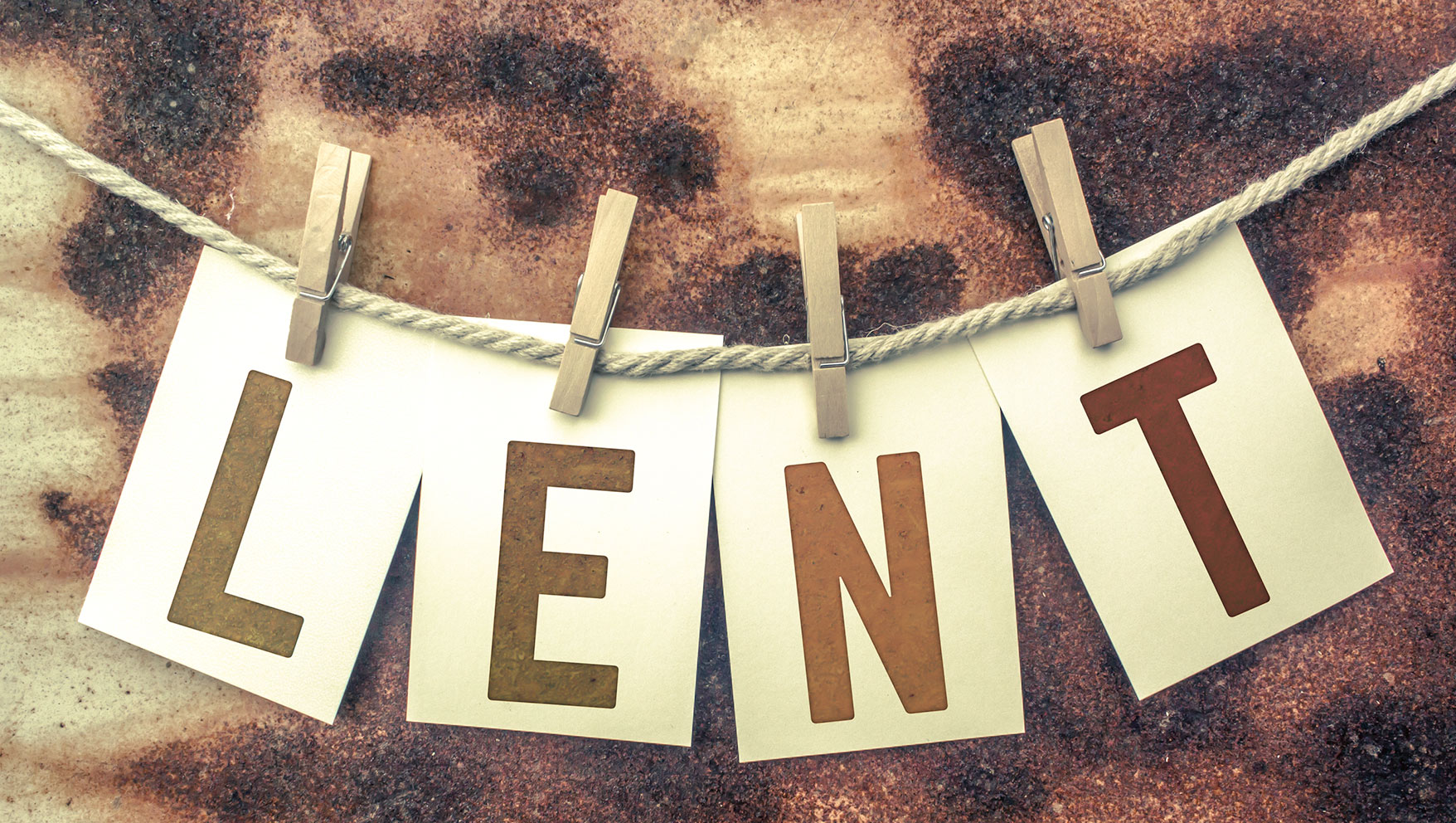 Man is that being who invented the gas chambers of Auschwitz; however, he is also that being who entered those chambers upright, with the Lord’s Prayer or the Shema Yisrael on his lips. — Viktor E. Frankl

Life is like a recycling center, where all the concerns and dramas of humankind get recycled back and forth across the universe. But what you have to offer is your own sensibility, maybe your own sense of humor or insider pathos or meaning. All of us can sing the same song, and there will still be four billion different renditions. ― Anne Lamott

There is a very important distinction to be made between listening and hearing. Sometimes we listen to things, but we never hear them. True listening brings us in touch even with that which is unsaid and unsayable. Sometimes the most important thresholds of mystery are places of silence. To be genuinely spiritual is to have great respect for the possibilities and presence of silence. …When you listen with your soul, you come into rhythm and unity with the music of the universe.
~ John O’Donohue

Songs as forms of prayer and spiritual expression:

Every war and every conflict between human beings
has happened because of some disagreement about names.

It is such an unnecessary foolishness,
because just beyond the arguing
there is a long table of companionship
set and waiting for us to sit down.

What is praised is one, so the praise is one too,
many jugs being poured into a huge basin.
All religions, all this singing, one song.
The differences are just illusion and vanity.
Sunlight looks a little different on this wall
than it does on that wall
and a lot different on this other one,
but it is still one light.

We have borrowed these clothes,
these time-and-space personalities,
from a light, and when we praise,
we are pouring them back in.

…music is about as physical as it gets: your essential rhythm is your heartbeat; your essential sound, the breath. We’re walking temples of noise, and when you add tender hearts to this mix, it somehow lets us meet in places we couldn’t get to any other way. ― Anne Lamott

To give pleasure to a single heart by a single act is better than a thousand heads bowing in prayer. — Mahatma Gandhi

The music that I have learned and want to give is like worshipping God. It’s absolutely like a prayer. — Ravi Shankar

Singing in the midst of evil is what it means to be disciples. Like Mary Magdalene, the reason we stand and weep and listen for Jesus is because we, like Mary, are bearers of resurrection, we are made new. On the third day, Jesus rose again, and we do not need to be afraid. To sing to God amidst sorrow is to defiantly proclaim, like Mary Magdalene did to the apostles, and like my friend Don did at Dylan Klebold’s funeral,t hat death is not the final word. To defiantly say, once again, that a light shines in the darkness and the darkness cannot, will not, shall not overcome it. And so, evil be damned, because even as we go to the grave, we still make our song alleluia. Alleluia. Alleluia. ― Nadia Bolz-Weber

Silence is one of the major thresholds in the world. . . . Meister Eckhart said that there is nothing in the world that resembles God so much as silence. Silence is a great friend of the soul; it unveils the riches of solitude. It is very difficult to reach that quality of inner silence. You must make a space for it so that it may begin to work for you. In a certain sense, you do not need the whole armory and vocabulary of therapies, psychologies, or spiritual programs. If you have a trust in and an expectation of your own solitude, everything that you need to know will be revealed to you. These are some wonderful lines from the French poet Rene Char: “Intensity is silent, its image is not. I love everything that dazzles me and then accentuates the darkness within me.” Here is an image of silence as the force that discloses hidden depth. Silence is the sister of the divine.
— John O’Donohue

In prayer it is better to have a heart without words than words without a heart. — Mahatma Gandhi

I know that the Lord is always on the side of the right; but it is my constant anxiety and prayer that I and this nation may be on the Lord’s side. — Abraham Lincoln

In prayer, we stand where angels bow with veiled faces. There, even there, the cherubim and seraphim adore before that selfsame throne to which our prayers ascend. And shall we come there with stunted requests and narrow, contracted faith? — Charles Spurgeon

Prayer is simply a two-way conversation between you and God. —Billy Graham

You carry Mother Earth within you. She is not outside of you. Mother Earth is not just your environment. In that insight of inter-being, it is possible to have real communication with the Earth, which is the highest form of prayer. — Thich Nhat Hanh

Just as in earthly life lovers long for the moment when they are able to breathe forth their love for each other, to let their souls blend in a soft whisper, so the mystic longs for the moment when in prayer he can, as it were, creep into God. — Soren Kierkegaard

‘Thank you’ is the best prayer that anyone could say. I say that one a lot. Thank you expresses extreme gratitude, humility, understanding. — Alice Walker

John was born in Boston July 8, 1926. He attended Deerfield Academy and Princeton University, and, in 1945, served briefly in the Army Air Corps.  His varied career was primarily in geology and meteorological sciences. In the early ’60s he worked with NASA on the first generation of weather satellites, Tiros 1. During this time, he lived in Fairbanks, Alaska with his wife, Mary.

As a young man, John worked for the AMC, skinning mules, packing loads up to the Lakes of the Clouds and Madison huts, and working as a hutman. He was a member of the Old Hutman’s Association.

Beginning in the 1950s, his love of hiking led to a tradition on the Summer Solstice, of hiking from Randolph to Bartlett, covering the entire Presidential Range in one day. He continued this ritual well into his 70s.

John worked for many years at the Mount Washington Observatory, serving as staff engineer, scientist, and weather observer, earning the title of “Icingologist”, for his expertise in deciphering the vagaries of ice accumulation at altitude. He was known as the Old Man on the Mountain. While working at the Observatory he made many of his shift changes on foot and skis, when weather allowed — and sometimes when it didn’t.

One of John’s 15 minutes of fame came when he was a contestant on the long-running game show, To Tell The Truth. He appeared as himself, a Mount Washington weather observer. He did not stump the panel, his sturdy Yankee persona was impossible to disguise.

After retiring, John and Mary sailed their 31-foot wooden sloop, Vixen, from Maine to the Bahamas several times. Back in New England, when not at their home in Jackson, N.H., they sailed the coast of Maine, where they had many adventures with friends and family. While John would have demurred, his four children’s love of hiking, sailing, the natural world, good writing, music and a well-spun tale were shaped by his examples and tutelage. His long marriage with Mary proved a fine mix of adventure and domestic homesteading comedy that made it seem archetypal.

While fly-fishing, hiking, tinkering with old Volvos and even older clocks abated in the last several years of his life, John was still cutting and splitting his own firewood until just a few years ago. Recently he was still reading Horatio Hornblower and Patrick O’Brian; and listening to Brahms, Handel, Hayden and Mozart.

His sister, Elizabeth Howe Verrill, and his brother, Nicholas, predeceased John. His beloved wife of 58 years, Mary, died just 6 weeks before he did.  John leaves behind son Andrew Howe and his wife Gay, of Jackson, NH; son, Nathaniel Howe and his wife Pamela, of Belfast, Maine; daughter Catherine (Cuppy) and her husband Dick Gordon, of Wellesley, Massachusetts; daughter Lucy and her husband Reese Hersey, of East Calais, Vermont.  John also leaves behind 7 grandchildren, Whitney and Spencer Howe; Molly Howe and her husband Jake Newton; John (Gus), Charlie, and Sam Gordon; and Ogden (Noggo) Hersey. The family will have a private ceremony in the spring.  Donations in John’s name can be made to the Mount Washington Observatory, P. O. Box 2310, North Conway, NH 03860.

For friends of ‘Jacquie ‘ Jacquelyn Jones, a sad announcement: “Jacquelyn Abbott Jones passed away on Jan. 12, 2020, lovingly surrounded by her daughter and grandchildren.

Jacquie was born in 1928 in Dedham, Mass., where she grew up and later attended Lasell College. She often shared fond memories of working at Wellesley College, and spending summers on Monhegan Island off the coast of Maine.

In 1958 she moved to Jackson, N.H., working in marketing and publicity at the recently opened Wildcat Mountain Ski Area in Pinkham Notch.

Jacquie was instrumental in the formation of the Eastern Ski Writers Association and served as press liaison for reporters covering the 1959 Olympic tryouts.

She served on the board of directors of the N.H. Association of Realtors for four years and earned the designation of Graduate Realtors Institute (GRI). She was the first female president of the White Mountain Board of Realtors, and was also voted Realtor of the Year by her peers.

Jacquie also volunteered in her hometown and the Mount Washington Valley community. She served on the Jackson School Board and Jackson Planning Board. Jacquie was the president of, and on the board of directors and marketing committee of the Mt. Washington Valley Chamber of Commerce. In addition, she was also hospitality chairwoman of the Volvo International Tennis Tournament.

Jacquie is survived by her brother David Rogers Abbott of Florida and Falmouth, Mass.; daughter Linda Jones Burns of Conway; granddaughter Anastasia (Staci) Colbath and her husband, Ben, of North Conway, N.H.; and grandson Brendan Burns and his significant other, Rachel Else, of Conway, N.H.; as well as multiple grandchildren, a niece and nephews.

Jacquie’s family would like to invite her friends to celebrate her life and the music she loved at the Shannon Door in Jackson on Jan. 26 at 5 p.m.

With permission from the Fuller family, we pass along this brief alert: Judy Fuller of Glen, NH, a longtime Jackson and Bartlett neighbor, dedicated members of our faith community, and a thoughtful, kind and active presence in our village for many years, died over the winter holidays, after recently relocating to Pennsylvania. She was living there with her immediate family and was surrounded by love and support. Her friends here in Mt Washington Valley express their sense of sorrow and loss, and have already begun to share treasured stories about deep and meaningful friendships with Judy and her family.

Notably, friends and neighbors Christmas caroled at Judy’s Glen, NH home just prior to her move in early December. We are glad she knew she was a significant part of our community.

We will share additional information, such as a full biography, suggestions for memorial gifts and plans for a service of remembrance as the family makes those decisions. Meanwhile, her daughter Terri says, “Thank you for your … kind words. … We have talked about a service in the [summer] time frame.“

Judy Fuller is survived by her daughter Terri and partner Kathy, her son Scott and wife Ursula, and grandchildren Calvin and Nico. Judy was preceded in death by her husband of 57 years, Carl Fuller.