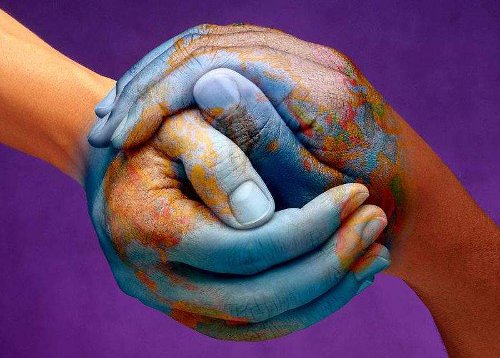 Lighting the candle requires multiple tools and actions. Hands to manipulate the match and candle. Fuel to ignite the spark. Oxygen to feed the flame. All these elements exemplify interconnection and dependency on each other in order to move from potential to reality.

Hope permits us to seek connection and support. Hope suggests that we are never alone. God is present to us. And we are designed to be in community with others.

Hope invites vulnerability and models strength through these connections. Hope admits that we require help. Says we don’t know all the answers or have enough resources to do it alone. Acknowledges that we belong to each other and need each other. Hope reaches out to offer or opens up to receive support and connection. — Rev Gail

Our human compassion binds us the one to the other – not in pity or patronizingly, but as human beings who have learnt how to turn our common suffering into hope for the future. — Nelson Mandela

Do you need support of any kind? We have volunteers ready to assist with errands, access to emergency supplies, and Rev Gail is available for emotional and spiritual companionship. Email the church:  jcchurch@jacksoncommunitychurch.org.

Learn more: About your own implicit biases via this Harvard site! Different tests/surveys for different topics.

Defining Implicit Bias (from Kirwan Institute, Ohio State University): Also known as implicit social cognition, implicit bias refers to the attitudes or stereotypes that affect our understanding, actions, and decisions in an unconscious manner.  These biases, which encompass both favorable and unfavorable assessments, are activated involuntarily and without an individual’s awareness or intentional control.  Residing deep in the subconscious, these biases are different from known biases that individuals may choose to conceal for the purposes of social and/or political correctness.  Rather, implicit biases are not accessible through introspection.

The implicit associations we harbor in our subconscious cause us to have feelings and attitudes about other people based on characteristics such as race, ethnicity, age, and appearance.  These associations develop over the course of a lifetime beginning at a very early age through exposure to direct and indirect messages.  In addition to early life experiences, the media and news programming are often-cited origins of implicit associations.

It’s good to remember that in crises, natural crises, human beings forget for awhile their ignorances, their biases, their prejudices. For a little while, neighbors help neighbors and strangers help strangers. — Maya Angelou On the one hand we are called to play the good Samaritan on life’s roadside; but that will be only an initial act. One day we must come to see that the whole Jericho road must be transformed so that men and women will not be constantly beaten and robbed as they make their journey on life’s highway. True compassion is more than flinging a coin to a beggar; it is not haphazard and superficial. It comes to see that an edifice which produces beggars needs restructuring. ― Martin Luther King Jr.

… and to parents do good, and to relatives, orphans, the needy, the near neighbor, the neighbor farther away, the companion at your side… — Quran 4:36 (excerpt)

Like the Good Samaritan, may we not be ashamed of touching the wounds of those who suffer, but try to heal them with concrete acts of love. — Pope Francis

Stop acting so small. You are the universe in ecstatic motion. — Rumi

The Prophet, , said: “By the One in whose Hands my soul is, no slave of Allah has true faith unless he likes for his neighbor what he likes for himself.” — IslamicHadith

When we love and make loving commitments, we create families and communities within which people can grow and take risks, knowing that hands will be there to catch them should they fall.— Rabbi Jonathan Sacks

Good and kind people outnumber all others by thousands to one. The tragedy of human history lies in the enormous potential for destruction in rare acts of evil, not in the high frequency of evil people. Complex systems can only be built step by step, whereas destruction requires but an instant. Thus, in what I like to call the Great Asymmetry, every spectacular incident of evil will be balanced by 10,000 acts of kindness, too often unnoted and invisible as the ”ordinary” efforts of a vast majority. We have a duty, almost a holy responsibility, to record and honor the victorious weight of these innumerable little kindnesses, when an unprecedented act of evil so threatens to distort our perception of ordinary human behavior — Stephen Gould

So by all means let us name evil for what it is, let’s root out the sin and racism within us, let us fight for justice, but then let us turn the cameras toward the light, lest we become so consumed by the effects of evil that we miss the chance to be kind to a stranger, and we miss the chance to stop and read to our kids and we miss the chance to notice how acts of beauty and kindness out number acts of evil by the thousands, because in so doing we hand evil a bigger victory than it earned when in fact it has already lost. See, in the same 24 hour news cycle that only can speak of evil –

A prospective convert to Judaism asked Rabbi Hillel to teach him the entire Torah while he stood on one leg. Hillel replied: “That which is hateful unto you do not do to your neighbor. This is the whole of the Torah, the rest is commentary. Go forth and study.” — Robert Avrech

I inquired of the holy dark where god hides
why my existence was just one unending question?

… could hear Him smile and communicate:
if not You, then who?

… love thy neighbor as thyself

… then, smiling, god extended his only finger, touching each of mine eyelids:

sleep, friend for we need your questioning dreams,
your faith unfurled unfulfilled
for in your unending inquiry
is all of our “in the beginning,”
the holy dark

Locating our … inclinations … from the perspective of the different characters can be one … way to go — the priest, the Levite, the guy left in the ditch, the Samaritan, the innkeeper. We all want to be the Samaritan, but truth be told, we aren’t — at least, not all of the time. And, every once in a while, it does our faith good to stand in the shoes of the people whom we do not want to be (or hope we are not). — Karoline Lewis

Deep wounds are not easily healed. But the Good Samaritan poured oil and wine into the wounds of the stranger who lay helpless on the road to Jericho, and set him on the road to recovery. Each one of us can go and do likewise. ― John LaFarge

We have to go through life behaving as if we love each other. We can behave ourselves into love. This training of love for the world can start small. We might not start out by stopping for every stranger in need that we see or giving away all of our money and possessions or moving to the streets in solidarity with the homeless. We can start where we are. We can help out even when we don’t have to. We can stop keeping track of who has done what to wrong us or who is taking advantage of the system. Instead of keeping track of our losses, we can keep track of gratitude. We can share with people who haven’t had the lucky breaks that we have had. It’s not enough, however, to love the people who are easy to love. It’s much harder to love those who are have behaved in horrible ways. But we must love them too. In fact, it might be the more important task. — Kristen Berkey-Abbott

What does the Good Samaritan do? Three things, I’d suggest. First, he sees the man in need, when he was invisible to the priest and Levite who passed him by. Actually, they did see him, and then promptly ignored him. They saw him, but not as a neighbor, perceiving him instead to be a burden, and perhaps even a threat. …  Second, the Samaritan not only sees the man in need as a neighbor, but he draws near to him, coming over to help. The other two gave this man in need a wide berth, creating even more distance between them. But the Samaritan instead goes to him, and becomes vulnerable in that closeness. Vulnerable should it indeed be a trap, but even more so, vulnerable in opening himself to see his pain, misery, and need. … Third, after seeing him and coming close, the Samaritan has compassion on him, tending his wounds, transporting him to the inn, making sure he is taken care of. Seeing is vital, drawing near imperative, yet the final and meaningful gesture is that the Samaritan actually does something about it. Compassion, in this sense, is sympathy put into action. And these three inter-related moves – seeing, drawing near, and having compassion – offer us an example of what it is to be Christ-like … — David Lose

And so Jesus brings this home by choosing the most unlikely of characters to serve as the instrument of God’s mercy and grace and exemplify Christ-like behavior. That’s what God does: God chooses people no one expects and does amazing things through them. Even a Samaritan. Even our people. Even me. Even you. — David Lose

Instead, Jesus told the story of the Good Samaritan, the point of which seems to be that your neighbor is to be construed as meaning anybody who needs you. The lawyer’s response is left unrecorded. — Frederick Beuchner

It seems to me, contrary to our culture that is obsessed with all things “spectacular”, that it is when we are engaged in the most mundane activities that we make the most difference in another person’s life. When you get right down to it, that’s the only place we can really make much of a difference in the life of another human being. We mortals rarely achieve the level of influence that can truly make a difference for hundreds or thousands of people out there. For the most part, we have the opportunity to touch a life here, a life there. It is through the quality of our character, not anything “spectacular” that we may do, that we make a difference in another life. It is through the way in which we conduct our relationships, not through any great “achievement,” that we really have an effect on another human being. — Alan Brehm

This is a strange time for acting as actual neighbors. But that doesn’t change the point of the parable. It cuts through all our excuses about our customary practice, our usual public statements, and asks if we are doing mercy. Or not. — Richard Swanson