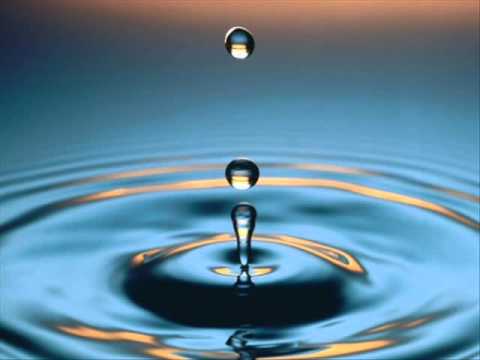 As one commentator says, “there are many kinds of thirst.” Where do we find respite and rescue in the midst of dry, hard, troubled times? What are the wastelands of our lives? Where do signs of life surprise us in our personal and communal “desert places”?
You should not see the desert simply as some faraway place of little rain. There are many forms of thirst. — William Langewiesche
Water Water Water Wind Water — Juan Felipe Herrera
water water water wind water
across the land shape of a torn heart
… again and again a new land edge emerges
a new people emerges where race and class and death
and life and water and tears and loss
and life and death destruction and life and tears
compassion and loss and a fire …
rumbles toward you all directions wherever
you are alive still

If you don’t die of thirst, there are blessings in the desert. You can be pulled into limitlessness, which we all yearn for, or you can do the beauty of minutiae, the scrimshaw of tiny and precise. The sky is your ocean, and the crystal silence will uplift you like great gospel music, or Neil Young. — Anne Lamott

What makes the desert beautiful is that somewhere it hides a well. —Antoine de Saint-Exupery

This is the sense of the desert hills, and there is room enough and time enough. — Mary Hunter Austin

Water is life’s mater and matrix, mother and medium. There is no life without water. — Albert Szent-Gyorgyi

Be praised, My Lord, through Sister Water; she is very useful, and humble, and precious, and pure. — Francis of Assisi

I alternate between thinking of the planet as home–dear and familiar stone hearth and garden–and as a hard land of exile in which we are all sojourners. — Annie Dillard

Life is glorious, but life is also wretched. It is both. Appreciating the gloriousness inspires us, encourages us, cheers us up, gives us a bigger perspective, energizes us. We feel connected … On the other hand, wretchedness–life’s painful aspect–softens us up considerably. Knowing pain is a very important ingredient of being there for another person. When you are feeling a lot of grief, you can look right into somebody’s eyes because you feel you haven’t got anything to lose–you’re just there … Gloriousness and wretchedness need each other. One inspires us, the other softens us. They go together. ― Pema Chödrön, Start Where You Are

… there are no crows in the desert. What appear to be crows are ravens. You must examine the crow, however, before you can understand the raven. To forget the crow completely, as some have tried to do, would be like trying to understand the one who stayed without talking to the one who left. It is important to make note of who has left the desert. — Barry López, Desert Notes: Reflections in the Eye of a Raven
New Water
— Sharon Chmielarz
All those years—almost a hundred—
the farm had hard water.
Hard orange. Buckets lined in orange.
Sink and tub and toilet, too,
once they got running water.
And now, in less than a lifetime,
just by changing the well’s location,
in the same yard, mind you,
the water’s soft, clear, delicious to drink.
All those years to shake your head over.
Look how sweet life has become;
you can see it in the couple who live here,
their calmness as they sit at their table,

the beauty as they offer you new water to drink.

When with the skin you do acknowledge drought,
The dry in the voice, the lightness of feet, the fine
Flake of the heat at every level line;

When with the hand you learn to touch without
Surprise the spine for the leaf, the prickled petal,
The stone scorched in the shine, and the wood brittle;

Then where the pipe drips and the fronds sprout
And the foot-square forest of clover blooms in sand,
You will lean and watch, but never touch with your hand. 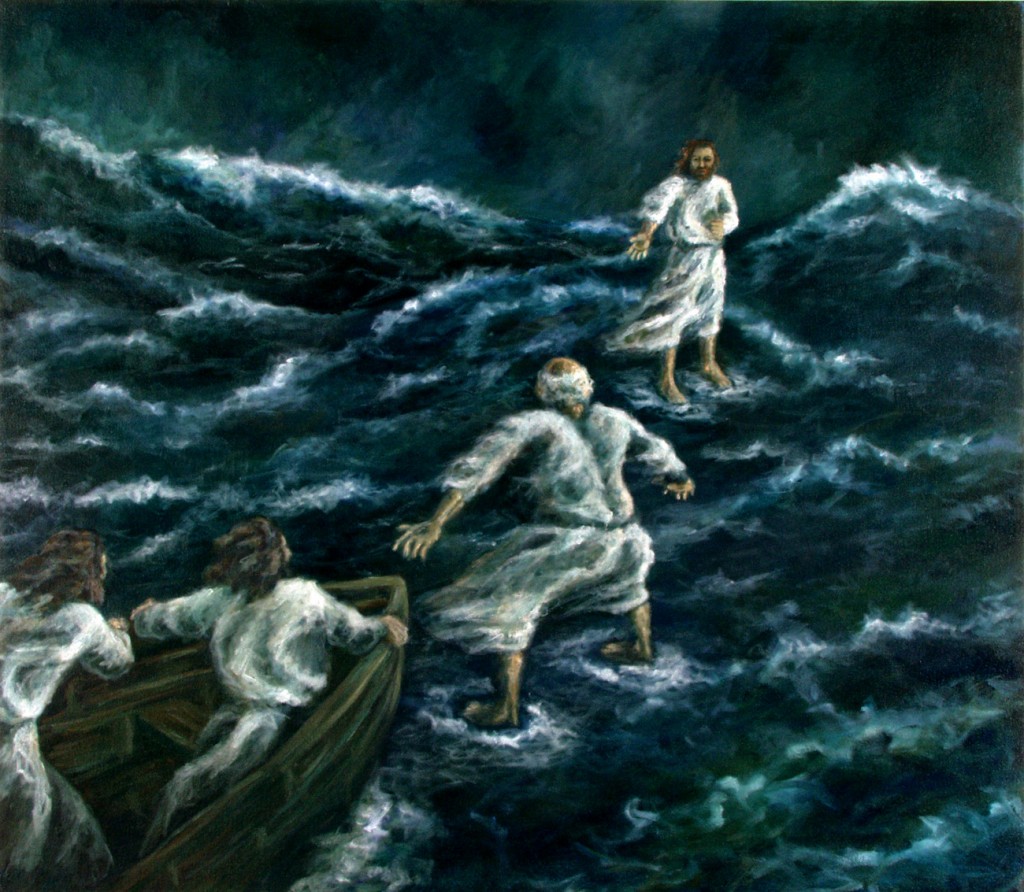 FAITH — Frances Anne Kemble
Better trust all, and be deceived,
And weep that trust, and that deceiving;
Than doubt one heart, that, if believed,
Had blessed one’s life with true believing.
Oh, in this mocking world, too fast
The doubting fiend o’ertakes our youth!
Better be cheated to the last,
Than lose the blessèd hope of truth.

DOUBT — Augustine Bowe
Faith can move mountains
Let the mountains be.
For when mountains stir,
There is no peace, even in the sea.

Doubt dares not touch
The heft of stone,
For fear it’s better, much
Better to leave things alone.

When it comes to your life’s work, you can’t take yourself too seriously. Even Jesus had an occasional joke with the boys, take walking on water, for instance – but there’s a time and place for fun. Jesus never faltered when it came time to tip over the money stalls or to take his hard walk up the mountain. — Deacon Jones

Isn’t it instructive that the spiritual formation of the original disciples happens with Jesus on the road? In effect, the disciples learn by doing. They grow into an understanding of this God of love, this God of compassion, this God who loves justice, this God who makes all things new, by participating as active observers and agents of compassion, justice, and newness. … But the spiritual adventure described in the four Gospels does not happen in the sanctuary; it happens on the road, in the company of beggars, prostitutes, and lepers. — Jack Jezreel, Oneing

In God’s eyes, walking on water is no more miraculous than the ability of hemoglobin to bond with oxygen inside a red blood corpuscle. — Deepak Chopra

Walking on water wasn’t built in a day. — Jack Kerouac

We look at the ancient Greeks with their gods on a mountain top throwing lightning bolts and say, ‘Those ancient Greeks. They were so silly. So primitive and naive. Not like our religions. We have burning bushes talking to people and guys walking on water. We’re …sophisticated.’ — Paul Provenza

You believe in a book that has talking animals, wizards, witches, demons, sticks turning into snakes, burning bushes, food falling from the sky, people walking on water, and all sorts of magical, absurd and primitive stories, and you say that we are the ones that need help? — Mark Twain

Jesus Christ would have been considered just another long-haired hippie freak if he hadn’t been crucified. The folks weren’t impressed with healing the sick, feeding the multitudes bread and fish or anything else, except maybe the walking on water. But when he got crucified, that gave him his big start. — Ted Turner

Now I understand. Everything is water. — Vladimir Nabokov, Speak Memory

“Piglet sidled up to Pooh from behind. ‘Pooh?’ he whispered.
‘Yes, Piglet?’ ‘Nothing,’ said Piglet, taking Pooh’s hand. ‘I just wanted to be sure of you.'” — A.A. Milne‘I felt Holmes’s hand steal into mine and give me a reassuring shake.’ – Watson. — Arthur Conan Doyle

Sooner or later, life is going to lead you (as it did Jesus) into the belly of the whale, into a place where you can’t fix, control, explain, or understand (usually very concrete and personal; it cannot be merely theoretical). That’s where transformation most easily and deeply happens. That’s when you’re uniquely in the hands of God because you cannot “handle” it yourself. — Fr. Richard Rohr

I talk to God but the sky is empty. — Sylvia Plath

Doubt isn’t the opposite of faith; it is an element of faith. — Paul Tillich

There are three things all wise men fear: the sea in storm, a night with no moon, and the anger of a gentle man. — Patrick Rothfuss, The Wise Man’s Fear

Do not be afraid; our fate Cannot be taken from us; it is a gift. — Dante Alighieri, Inferno

Doubts are the ants in the pants of faith. They keep it awake and moving. — Frederick Buechner

For to have faith, is to have wings. — J.M. Barrie

Invite to Independence Day worship at 10:30am ... See MoreSee Less

The Best Fourth of July Speech in American History