He Has Risen Choral Anthem for Easter: 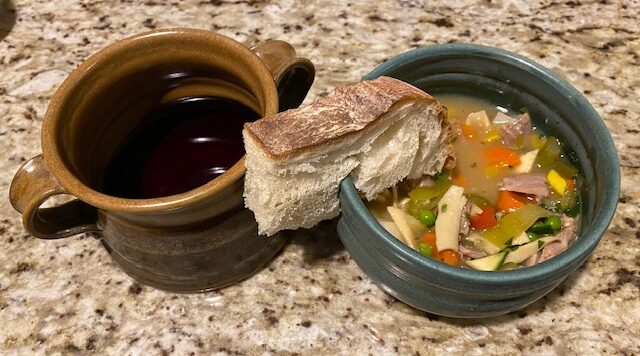 A Seed grows with no sound but a tree falls with huge noise. Destruction has noise, but creation it quiet. This is the power of silence. Grow silently. — Unattributed

20 Now among those who went up to worship at the festival were some Greeks. 21 They came to Philip, who was from Bethsaida in Galilee, and said to him, “Sir, we wish to see Jesus.” 22 Philip went and told Andrew; then Andrew and Philip went and told Jesus. 23 Jesus answered them, “The hour has come for the Son of Man to be glorified. 24 Very truly, I tell you, unless a grain of wheat falls into the earth and dies, it remains just a single grain; but if it dies, it bears much fruit. 25 Those who love their life lose it, and those who hate their life in this world will keep it for eternal life. 26 Whoever serves me must follow me, and where I am, there will my servant be also. Whoever serves me, the Father will honor.

Jesus Speaks about His Death27 “Now my soul is troubled. And what should I say—‘Father, save me from this hour’? No, it is for this reason that I have come to this hour. 28 Father, glorify your name.” Then a voice came from heaven, “I have glorified it, and I will glorify it again.” 29 The crowd standing there heard it and said that it was thunder. Others said, “An angel has spoken to him.” 30 Jesus answered, “This voice has come for your sake, not for mine. 31 Now is the judgment of this world; now the ruler of this world will be driven out. 32 And I, when I am lifted up from the earth, will draw all people[a] to myself.” 33 He said this to indicate the kind of death he was to die. 34 The crowd answered him, “We have heard from the law that the Messiah[b] remains forever. How can you say that the Son of Man must be lifted up? Who is this Son of Man?” 35 Jesus said to them, “The light is with you for a little longer. Walk while you have the light, so that the darkness may not overtake you. If you walk in the darkness, you do not know where you are going. 36 While you have the light, believe in the light, so that you may become children of light.”

Meditations on a Falling Seed:

A seed neither fears light nor darkness, but uses both to grow.” ― Matshona Dhliwayo

The greater part of our happiness or misery depends on our dispositions and not on our circumstances. We carry the seeds of the one or the other about with us in our minds wherever we go. — Martha Washington

We know we cannot plant seeds with closed fists. To sow, we must open our hands. — Adolfo Perez Esquivel

The word endures. The Word endures. We who stand among the Palm Sunday crowds know that the Word will soon be beaten, mocked, and killed. We know, too, that that is not the end of the tale. — Jan Richardson

Blessing of Palms
This blessing
can be heard coming from a long way off.
This blessing is making its steady way
up the road toward you.
This blessing
blooms in the throats of women,
springs from the hearts of men,
tumbles out of the mouths of children.
This blessing
is stitched into the seams
of the cloaks that line the road,
etched into the branches
that trace the path,
echoes in the breathing
of the willing colt,
the click of the donkey’s hoof
against the stones.
Something is rising beneath this blessing.
Something will try to drown it out.
But this blessing
cannot be turned back, cannot be made to still its voice,
cannot cease to sing its praise
of the One who comes along the way it makes.
—Jan Richardson

The Hebrew word Halleluia means “praise the Lord;” Hosanna means “save us!” or “save!” The Palm Sunday crowd falsely assumed that Jesus would bring political liberation.— Steve Vredenburgh

But what I didn’t know until this week is what the word “hosanna” actually means.  All these years, I thought it meant some church-y version of “We adore you!” or “You rock!” or “Go, king!”  It doesn’t.  In Hebrew, it means something less adulatory and more desperate.  Less generous and more demanding.  It means, “Save now!”  — Debie Thomas

“Hosanna” does come from an old Hebrew phrase, but one that was less praise and more desperate plea. “Save now!” It was a phrase stripped of all pretense of politeness. “Help!” Its insistent cry was one reserved for royalty or divinity. “Deliver us! Don’t wait!” The people are either calling Jesus “king” or “God” or both. … My own mind is drawn today to Anne Lamott’s book, which you have heard us reference a few times: Help, Thanks, Wow: The Three Essential Prayers. In it, Lamott says that all prayers boil down to these three simple words: help, thanks, wow. And more often than not, these concepts overlap and run together. … I think a truly holy Hosanna can hold these three words together, this help, thanks, and wow. Hosanna cries for deliverance. It calls out in gratitude. And it gives voice to holy awe. — Marthame Sanders

Marcus Borg and John Dominic Crossan argue that two processions entered Jerusalem on that first Palm Sunday two thousand years ago; Jesus’s was not the only Triumphal Entry.
Every year during Passover — the Jewish festival that swelled Jerusalem’s population from its usual 50,000 to at least 200,000 — the Roman governor of Judea would ride up to Jerusalem from his coastal residence in the west.  He would come in all of his imperial majesty to remind the Jewish pilgrims that Rome demanded their complete loyalty, obedience, and submission.  The Jewish people could commemorate their ancient victory against Egypt and slavery if they wanted to.  But if they tried any real time resistance, they would be obliterated without a second thought.
As Pilate clanged and crashed his imperial way into Jerusalem from the west, Jesus approached from the east, looking (by contrast) ragtag and absurd.  Unlike the Roman emperor and his legions, who ruled by force, coercion, and terror, Jesus came defenseless and weaponless into his kingship.  Riding on a donkey, he all but cried aloud the bottom-line truth that his rule would have nothing to recommend it but love, humility, long-suffering, and sacrifice.  — Debie Thomas

The Rest of the Week

Five hundred years after that  … this story continues, the story of God’s decision to not hold back and watch to see what we might do on our own but instead to get involved, to take matters into the divine hands, to join God’s own self to us fully and completely so that we might live and die – and live again! – in hope and courage. That’s the story we tell, the story of this week’s dramatic reading, the story of God’s passionate and relentless quest to redeem each and all of us in love.  — David Lose

PALMS: We’re inviting people to pick up palms inside the front entrance to the church between Friday and Saturday. The stalks have been separated into individual bundles, so you may take your own palms without touching other bundles. Or simply bring your own available greenery (pine boughs or leafy branches work) from your garden, yard to the Zoom worship. We’ll use the palms or greenery during worship.
Alternately, you can download a coloring page ( pattern 1 | pattern 2 | pattern 3 ) for a palm leaf and make one out of paper!
You’re also invited to place some palms or greenery on your front doors as a sign of hope and solidarity for Holy Week. See more about this idea.

SPECIAL MUSIC: Different Jackson and Bartlett families and individuals have been recording music for worship. Expect some upbeat and meditative musicthis week and for Easter.

COMMUNION ELEMENTS: Additionally, this Sunday is communion. Some people have been preparing for worship by lighting a candle (please attend to safety if you do this) or placing flowers and/or Bibles nearby. We also suggest having an offering jar/glass ready, as a visual reminder to continue supporting the church. These details create a worship-centered atmosphere. For this Sunday, if you want to partake of communion,  please have these suggested elements ready:

We will bless the elements during the online worship. And share them together.

SUPPORT & BLESSINGS
Meanwhile, if you need support, you can reach out to the church by email or contact Rev Gail directly!