JCC 010520 Home by Another Way from architect on Vimeo. 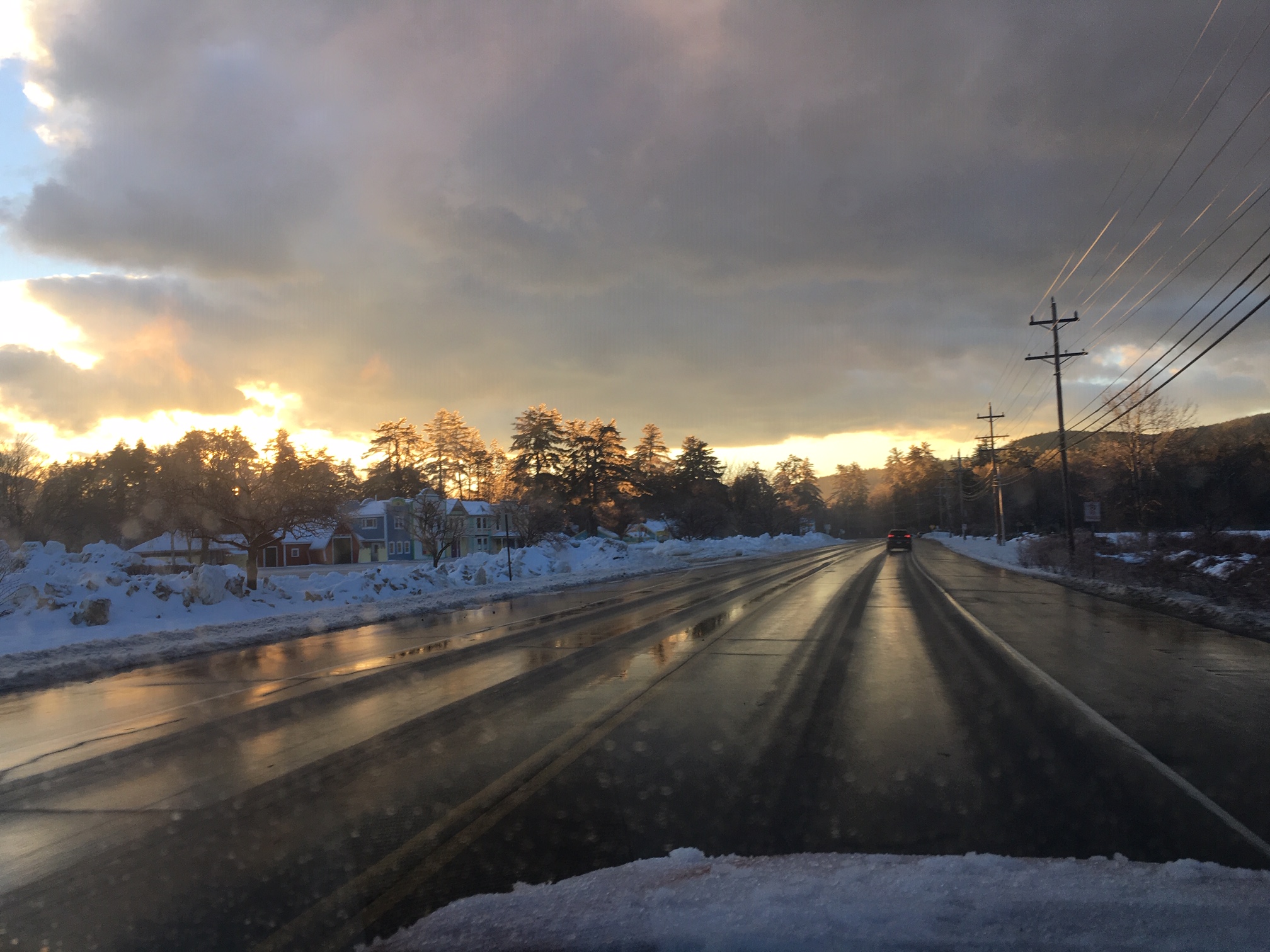 Top carvers from around New England return for the 24th Annual Great Ice Carvers of New England Invitational Ice Carving Competition. Competitors allowed 3 hours to transform a 300-pound block of ice into a work of art. Event is open to the public. Awards ceremony takes place in the lobby of The Wentworth. For more info, contact Kim Labnon, Director of Sales at The Wentworth at 603-383-9700 or kim@thewentworth.com.

FAVORITE BOWL
Sun, Jan 13 • 4pm
Whitney Community Center
Make your own bowl. Cost: $40. Students will select a glaze color for their pieces during class and completed pieces will be available for pick up at the Whitney Center. All materials included. Completed pieces will be dishwasher and microwave safe. Register online.

DACAPO CONCERT
Sun, Jan 27 •  4pm
Whitney Community Center   Continuing the Da Capo tradition of singing popular favorites, the concerts will include arrangements of Gershwin tunes, hits from the 1950s and 1960s, including “California Dreamin’,” “Misty” and “Girl from Ipanema,” and recent releases such as Christina Perri’s “A Thousand Years.” The group is co-directed by conductor Mary Bastoni and accompanist John Waldie. Concert is free to the public.

FILM SCREENNG: RUN WILD, RUN FREE
Thurs, Jan 31 • 6:30 – 8:30 pm
Whitney Community Center
Over 60 years ago America was in the peak of the industrial revolution and the nation’s waterways were dying from dams, water diversions and pollution. Run Wild Run Free takes the viewer through the history and current state of the Wild and Scenic Rivers Act that sought to protect these waterways. Join Tin Mountain Conservation Center, the Jackson Conservation Commission, and former Director of Research for the AMC, Dr. Kenneth Kimball, for this celebration of the 50th anniversary of the Wild and Scenic Rivers Act. Cost: $3/pp or $5/family. 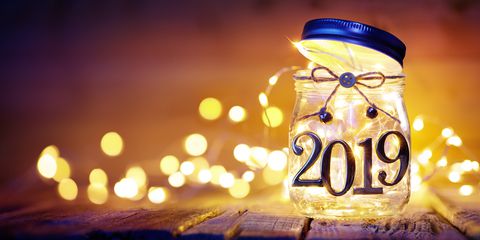 Every day is a journey, and the journey itself is home.― Matsuo Bashô

Choices— Tess Gallagher
I go to the mountain side
of the house to cut saplings,
and clear a view to snow
on the mountain.
But when I look up,
saw in hand,
I see a nest clutched in
the uppermost branches.
I don’t cut that one.
I don’t cut the others either.
Suddenly, in every tree,
an unseen nest
where a mountain
would be.

On the New Year

Hope smiles from the threshold of the year to come, whispering, ‘It will be happier.’ — Alfred Lord Tennyson

And now we welcome the new year. Full of things that have never been. — Rainer Maria Rilke

Write it on your heart that every day is the best day in the year. — Ralph Waldo Emerson

Cheers to a new year and another chance for us to get it right. — Oprah Winfrey

“Help us to find God,” the seeker begged the Elder. “No one can help you there,” the Elder answered. “But why not?” the seeker insisted. “For the same reason that no one can help a fish to find the ocean.” The answer is clear: There is no one who can help us find what we already have. — Sufi Story (recounted by Sr Joan Chittister with her commentary at the end)

The movement in our relationship to God is always from God to us. Always. We can’t, through our piety or goodness, move closer to God. God is always coming near to us.― Nadia Bolz-Weber

I searched for God … Finally, I looked into my own heart and there I saw Him; He was nowhere else. ― Mawlana Jalal-al-Din Rumi

… You thought arrival
was everything,
that your entire journey
ended with kneeling
in the place
you had spent all
to find.

When you laid down
your gift,
release came with such ease,
your treasure tumbling
from your hands
in awe and
benediction.

Now the knowledge
of your leaving
comes like a stone laid
over your heart,
the familiar path closed
and not even the solace
of a star
to guide your way.

But we tell you,
you will wonder
at how the light you thought
you had left behind
goes with you,
spilling from
your empty hands,
shimmering beneath
your homeward feet,
illuminating the road
with every step
you take.

Follow That Star — lyrics by Paul Baloche
In the quiet of the night
Under the wide expanse of sky
I am alone and asking questions… why
What’s this longing in my heart
What’s the reason for my life
And this solitary light is shining, callingFollow that star, follow that star
Uncover the mystery of Who You are
I’ve searched for a lifetime,
I’ve come from afar
And discovered my destiny
Is to follow that star

God’s time [Emancipation] is always near. He set the North Star in the heavens; He gave me the strength in my limbs; He meant I should be free.  — Harriet Tubman

What is the good of your stars and trees, your sunrise and the wind, if they do not enter into our daily lives? — E. M. Forster

Once upon a time there were some very wise men who were all sitting in their own countries minding their own business when a bright star lodged in the right eye of each of them. It was so bright that none of them could tell whether it was burning in the sky or in their own imagination, but they were wise enough to know that it didn’t matter. The point was, something beyond them was calling them, and it was a tug they had been waiting for all their lives. — Barbara Brown Taylor

When we contemplate the whole globe as one great dewdrop, striped and dotted with continents and islands, flying through space with other stars all singing and shining together as one, the whole universe appears as an infinite storm of beauty. — John Muir

No, sure, my lord, my mother cried, but then there was a star danced, and under that was I born  … God give you joy!— William Shakespeare, Much Ado About Nothing

Well we all shine on, like the moon, and the stars, and the sun. — John Lennon, Instant Karma lyrics

Praised be You, my Lord, through Sister Moon and the stars; in the heavens, you have made them bright, precious and fair. — St Francis of Assisi

How far away the stars seem, and how far is our first kiss, and ah, how old my heart. — William Butler Yeats

Nations, like stars, are entitled to eclipse. All is well, provided the light returns and the eclipse does not become endless night. Dawn and resurrection are synonymous. The reappearance of the light is the same as the survival of the soul. — Victor Hugo

After my death, the molecules of my being will return to the earth and the sky. They came from the stars. I am of the stars. — Charles Lindbergh, Autobiography of Values

Reach for it. Push yourself as far as you can. — Christa McAuliffe

The Starlight Night
— Gerard Manley Hopkins
Look at the stars! look, look up at the skies!
O look at all the fire-folk sitting in the air!

The bright boroughs, the circle-citadels there! …

Touched by an Angel
— Maya Angelou

We are weaned from our timidity
In the flush of love’s light
We dare be brave
And suddenly we see that love costs all we are
And will ever be.
Yet it is only love which set us free

In order to reach a distant shore, one must consent to lose sight of the shore for a very long time. — Andre Ghee

All we know for certain is that we are three old sinners, That this journey is much too long, that we want our dinners, And miss our wives, our books, our dogs, But we have only the vaguest idea why we are what we are. To discover how to be human now is the reason we follow the star. — W.H. Auden

Men go abroad to wonder at the heights of mountains, at the huge waves of the sea, at the long courses of the rivers, at the vast compass of the ocean, at the circular motions of the stars, and they pass by themselves without wondering. — Saint Augustine

So there we have it: a call, a path, a life, a destination—all safe in the heart of God, and given to us, bit by bit, as we do our part and accept both the invitation and our soul’s transformation that the journey requires. Putting one foot in front of the other, as Jung said, trusting that this life, and this path, is given us for a reason. It is … a path that will be utterly unique to you, yet also grounded in our common experience as people of the star. … We follow the light, though we do not know the way. Yet we need not know everything to follow Christ. We need only trust the invitation and the One extending it. — Rev Mariann Edgar Budde

Sometimes the dreams that come true are the dreams you never even knew you had. ― Alice Sebold, The Lovely Bones

The magic of the street is the mingling of the errand and the epiphany. ― Rebecca Solnit, Wanderlust: A History of Walking