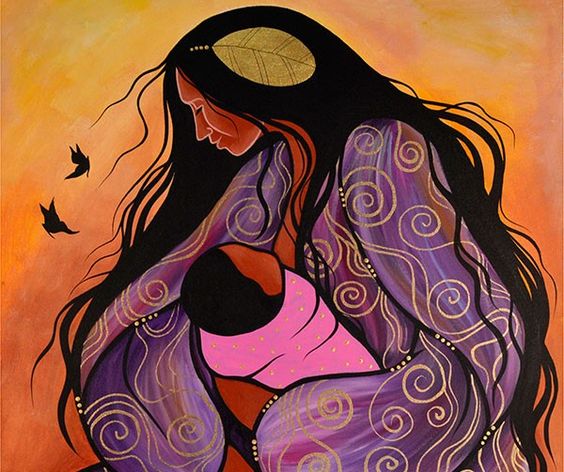 We are born of love; Love is our mother.
— Rumi

To My Mother (excerpt) — Edgar Allan Poe
Because I feel that, in the Heavens above,
The angels, whispering to one another,
Can find, among their burning terms of love,
None so devotional as that of “Mother,”
Therefore by that dear name I long have called you—
You who are more than mother unto me,
And fill my heart of hearts …

Mother is the name for God in the lips and hearts of little children. — William Makepeace Thackeray

The chain connecting mother to daughter was broken and the world passed to the keeping of men, who had no way of knowing. ― Anita Diamant

… give them to all the people who helped mother our children. … I don’t want something special. I want something beautifully plain. Like everything else, it can fill me only if it is ordinary and available to all. — Anne Lamott

Our images of God, then, must be inclusive because God is not mother, no, but God is not father either. God is neither male nor female. God is pure spirit, pure being, pure life — both of them. Male and female, in us all. — Joan Chittister

We are braver and wiser because they existed, those strong women and strong men… We are who we are because they were who they were. It’s wise to know where you come from, who called your name. — Maya Angelou

Motherhood: All love begins and ends there. — Robert Browning

Mama was my greatest teacher, a teacher of compassion, love and fearlessness. If love is sweet as a flower, then my mother is that sweet flower of love. — Stevie Wonder

The love of a mother is the veil of a softer light between the heart and the heavenly Father. — Samuel Taylor Coleridge

A mother’s happiness is like a beacon, lighting up the future but reflected also on the past in the guise of fond memories. – Honore de Balzac

I remember my mother’s prayers and they have always followed me. They have clung to me all my life. — Abraham Lincoln

Life began with waking up and loving my mother’s face. — George Eliot

For when a child is born the mother also is born again.—  Gilbert Parker

With what price we pay for the glory of motherhood. — Isadora Duncan

My dear Mama, you are definitely the hen who hatched a famous duck. — Henri de Toulouse-Lautrec

It may be possible to gild pure gold, but who can make his mother more beautiful? — Mahatma Gandhi

God could not be everywhere, and therefore he made mothers. — Rudyard Kipling

We’re all dreamers; we don’t know who we are.

Some machine made us; machine of the world, the constricting family.
Then back to the world, polished by soft whips.

We dream; we don’t remember.

And before that: earth and water.
Moss between rocks, pieces of leaves and grass.

And before, cells in a great darkness.
And before that, the veiled world.

This is why you were born: to silence me.
Cells of my mother and father, it is your turn
to be pivotal, to be the masterpiece.

I improvised; I never remembered.
Now it’s your turn to be driven;
you’re the one who demands to know:

Why do I suffer? Why am I ignorant?
Cells in a great darkness. Some machine made us;
it is your turn to address it, to go back asking
what am I for? What am I for?

In the beginning, all there was, was God. So in order to bring the world into being, God had to kind of scoot over. So God chose to take up less space—you know, to make room. So before God spoke the world into being, God scooted over. God wanted to share. Like the kind-faced woman on the subway who takes her handbag onto her lap so that there’s room for you to sit next to her. She didn’t have to do it, but that’s just who she is . . . the kind-faced subway lady’s nature is that she makes room for others.

Then God had an absolute explosion of creativity and made animals. Amoebas. Chickens. Crickets. Bees. Orangutans.

So God created every one of us in the male and female image of God. Then God gave us God’s own image —something so holy that it could never be harmed, and never be taken away. A never-aloneness. An origin and destination. A source code of grace. 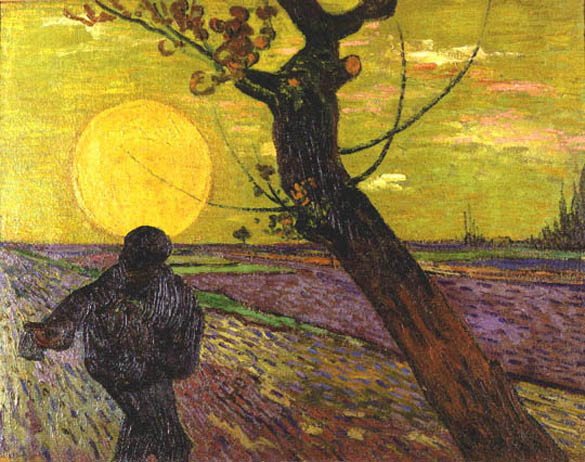 We support those who want to speak out publicly in our community. We also want to engage in long-term work as a community. The church has been actively planning with the library and other local organizations to offer multiple points of education and engagement. We'll keep you posted. Please know how passionately people are responding to these events. We know we have work to do, right here in our community, to be aware, informed, and active in the struggle to honor the value of all human life and to offer the same basic human rights to all citizens of our valley, our state, our nation and our world. We're starting here, in our own backyard, where we can make the greatest difference. Praying is also important, and the prayer fence is there for you to add your prayers and hopes. Yet we need education and advocacy as well. ... See MoreSee Less