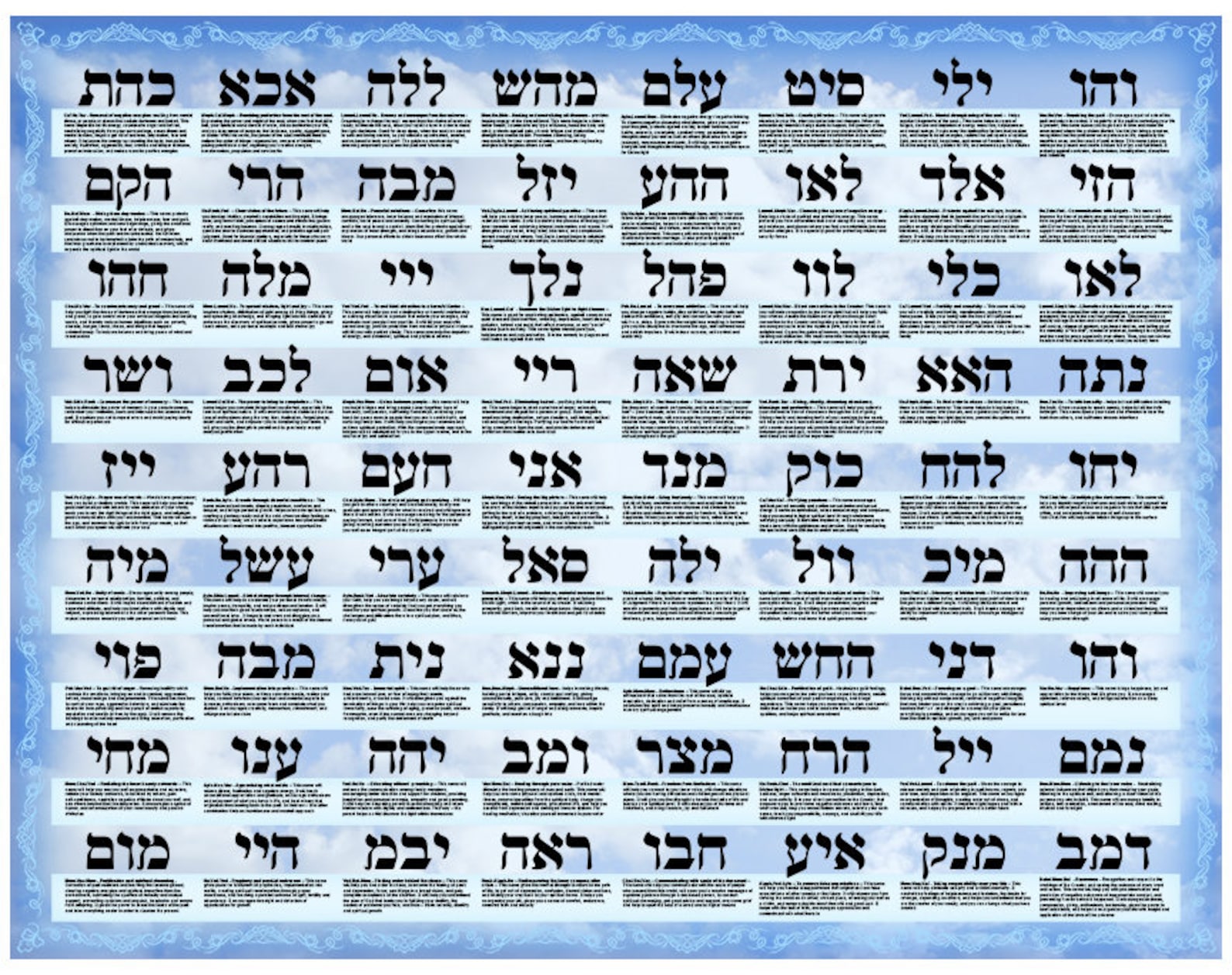 How I long to see
among dawn flowers,
the face of God.
― Basho

God’s name is not known; it is wondered at. — Gregory of Nyssa

He is who He was, and He is also who He will be because the great I Am never steps out of the present tense. ― Tony Evans

I am a passionate seeker after truth which is but another name for God. — Gandhi

SONGS about NAMES of GOD

The incarnate Word is with us,
is still speaking, is present
always, yet leaves no sign
but everything that is.
— Wendell Berry

The god of dirt
came up to me many times and said
so many wise and delectable things,
I lay
on the grass listening
to his dog voice,
frog voice; now,
he said, and now,
and never once mentioned forever …
— Mary Oliver

Just as a person is in relation to you a father
and in relation to another either son or brother —
So the names of God in their number have relations:
He is from the viewpoint of the infidel the Tyrant (qaher);
from our viewpoint, the Merciful.
— Rumi, Divan e-Kebir, tr. Annemarie Schimmel

RESOURCES about the name of God:

The Tetragrammaton, referred to in rabbinic literature as HaShem (The Name) or Shem Hameforash (The Special Name), is the word used to refer to the four-letter word, yud-hey-vav-hey (יהוה), that is the name for God used in the Hebrew Bible. The name, which some people pronounce as Yahweh and others (mostly Christians) as Jehovah, appears 5,410 times in the Bible (1,419 of those in the Torah). — My jewish Learning (full article: https://www.myjewishlearning.com/article/the-tetragrammaton/)

The letter from the Holy See explains that the Divine Name as revealed in the Old Testament, יהוה (YHWH), has been held as unpronounceable as an expression of reverence for the greatness of God. The directive notes that “in recent years the practice has crept in pronouncing the God of Israel’s proper name,” known as the holy or divine tetragrammaton, written with four consonants, YHWH, in the Hebrew alphabet. In order to vocalize it, it is necessary to introduce vowels that alter the written and spoken forms of the name (i.e. “Yahweh” or “Jehovah”). Citing theological and philological reasons, and in keeping with tradition, the letter reminds the bishops that “from the beginning… the sacred tetragrammaton was never pronounced in the Christian context nor translated into any languages into which the Bible was translated.” Historically the Divine Name was rendered in Hebrew as Adonai, in Greek as Kyrios, and in Latin as Dominus. — Letter to Bishops Conferences (link to full resource)

The most common name of God in the Hebrew Bible is the Tetragrammaton, יהוה, that is usually transcribed as YHWH. Hebrew script is an abjad, so that the letters in the name are normally consonants, usually expanded as Yahweh in English. Modern Jewish culture judges it forbidden to pronounce this name. In prayers it is replaced by the word Adonai (“The Lord”), and in discussion by HaShem (“The Name”). — wikipedia

GOD’S NAME for US

The great struggle of the Christian life is to take God’s name for us, to believe we are beloved and to believe that is enough. ― Rachel Held Evans

And the Word that had most recently come from the mouth of God was, “This is my beloved in whom I am well pleased.” Identity. It’s always God’s first move. Before we do anything wrong and before we do anything right, God has named and claimed us as God’s own. But almost immediately, other things try to tell us who we are and to whom we belong: capitalism, the weight-loss industrial complex, our parents, kids at school—they all have a go at telling us who we are. But only God can do that. Everything else is temptation. — Nadia Bolz-Weber

The love of God is not generic. God looks with love upon every man and woman, calling them by name. — Pope Francis

I believed that there was a God because I was told it by my grandmother and later by other adults. But when I found that I knew not only that there was God but that I was a child of God, when I understood that, when I comprehended that, more than that, when I internalized that, ingested that, I became courageous. — Maya Angelou

God calls each and every star by name. It’s not likely He has forgotten yours. — Louie Giglio

REFLECTIONS on NAMES of GOD

Watches have watch makers, paintings have painters, designs have designers, and creation has a creator. ― Tony Evans

Mother is the name for God in the lips and hearts of little children. — William Makepeace Thackeray

The name of this infinite and inexhaustible depth and ground of all being is God. — Paul Tillich

God is the same, even though He has a thousand names; it is up to us to select a name for Him. — Paulo Coelho

God is a name we give to love. — Nancy Pickard

I guess if you’re doing God’s work, whatever you do is in His name. — Edward Zigler Christians have abused, oppressed, enslaved, insulted, tormented, tortured, and killed people in the name of God for centuries, on the basis of a thelogically defensible reading of the Bible. — Sam Harris

We could not become like God, so God became like us. God showed us how to heal instead of kill, how to mend instead of destroy, how to love instead of hate, how to live instead of long for more. When we nailed God to a tree, God forgave. And when we buried God in the ground, Got got up. — Rachel Held Evans
Lo, for I to myself am unknown, now in God’s name what must I do? — Rumi

When you bow deeply to the universe, it bows back; when you call out the name of God, it echoes inside you. — Morihei Ueshiba

The God we worship writes his name upon our faces. — Roger Babson

We could call order by the name of God, but it would be an impersonal God. There’s not much personal about the laws of physics. — Stephen Hawking

Many are the names of God and infinite the forms through which He may be approached. —Ramakrishna

Somebody said once or wrote, once: ‘We’re all of us children in a vast kindergarten trying to spell God’s name with the wrong alphabet blocks! — Tennessee Williams

We, like the people of Israel, would like to think we get to name God. By naming God, we hope to get the kind of god we need; that is, a god after our own likeness. — Stanley Hauerwas

I need a God who is bigger and more nimble and mysterious than what I could understand and contrive. Otherwise it can feel like I am worshipping nothing more than my own ability to understand the divine. ― Nadia Bolz-Weber

God wrote a book on suffering, and its name is Jesus. — Joni Eareckson Tada

Make your god transparent to the transcendent, and it doesn’t matter what his name is. — Joseph Campbell

By jacksonnhccPosted on September 10, 2021September 13, 2021Posted in Home, Weekly MeditationsTagged 72 names of God kabbalistic, 99 beautiful names of Allah, Adonai, Deuteronomy, eloheinu, greatest commandment, Jewish prayer, names of God, shemaNo Comments on Reflections on the name of God, written as YHWH, but replaced by ‘Adonai’ in spoken version of the Jewish prayer called the Shema, and other names for the Divine.
By jacksonnhccPosted on September 5, 2021September 13, 2021Posted in Home, WorshipTagged Deuteronomy, greaest commandment, Jewish prayer, love the Lord your God with all your heart and soul and mind and strength, love your neighbor as yourself, shemaNo Comments on September 5 Worship: Shema (Listen! Pay attention!)