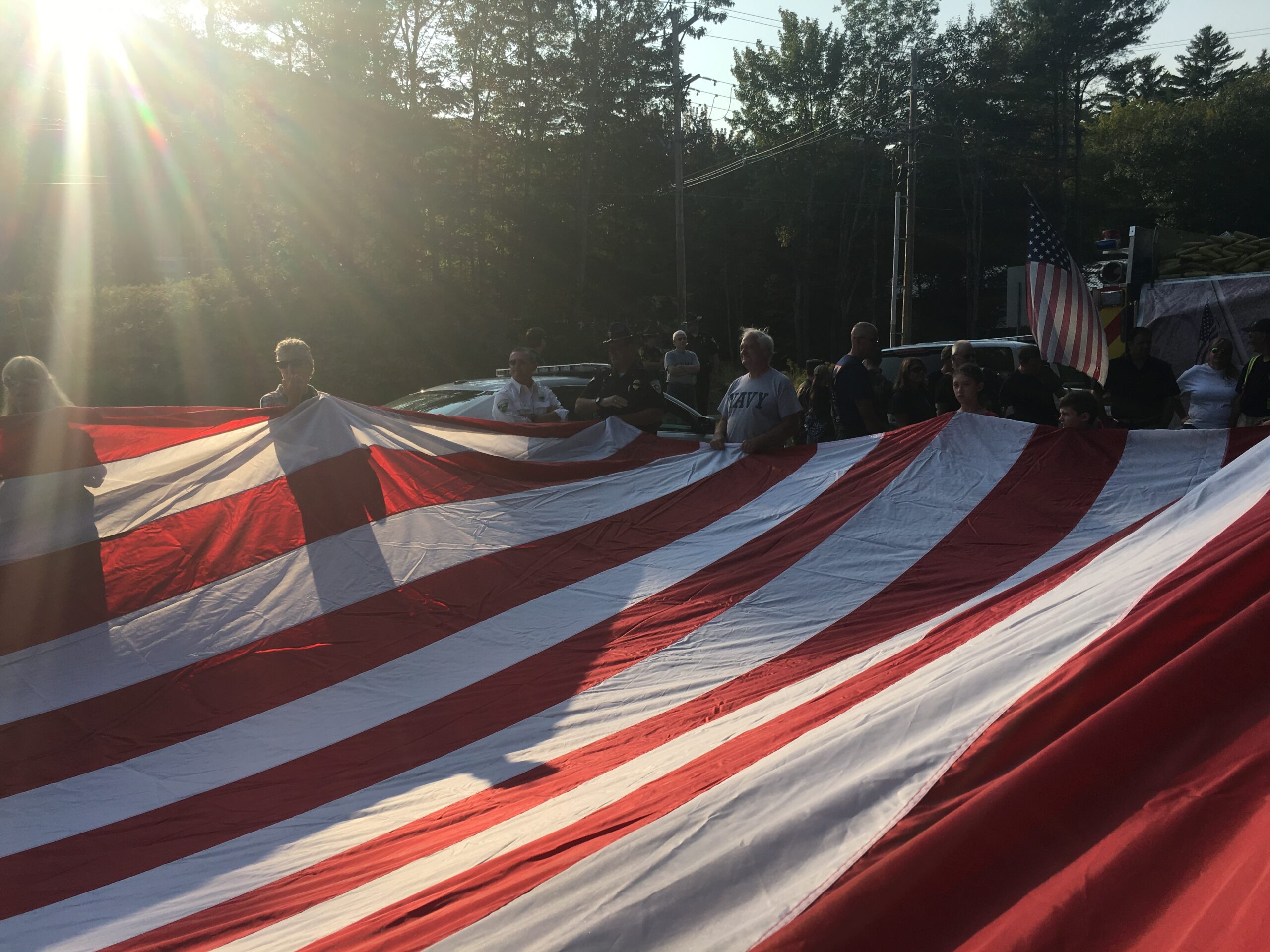 Offered by one of our colleagues, local rabbi:

WAGE PEACE by Judyth Hill
Wage peace with your breath.
Breathe in firemen and rubble,
breathe out whole buildings and flocks of red wing blackbirds.
Breathe in terrorists
and breathe out sleeping children and freshly mown fields.
Breathe in confusion and breathe out maple trees.
Breathe in the fallen and breathe out lifelong friendships intact.
Wage peace with your listening: hearing sirens, pray loud.
Remember your tools: flower seeds, clothes pins, clean rivers.
Make soup.
Play music; memorize the words for thank you in three languages.
Learn to knit, and make a hat.
Think of chaos as dancing raspberries,
imagine grief
as the out breath of beauty
or the gesture of fish.
Swim for the other side.
Wage peace.
Never has the world seemed so fresh and precious:
Have a cup of tea and rejoice.
Act as if armistice has already arrived.
Celebrate today.

PRAYER for 9/11 by Rev Gail Doktor

Holy Love is bigger than our languages and names for Godself. And so, however we might address the Source of Holy Love, on a day that touches many faith tradittions, let us turn our hearts toward love.
As an act of prayer, let us remember. And remembering, may we learn, that we might create a different future for generations yet to come.
We are a nation comprised of many ages, colors, creeds, languages, faiths, ethnicities, and stories. Our forefathers and foremothers, whether they already lived here, arrived here by choice, or came without volition, have contributed to creating a land that— at its best—seeks to broaden the experience of freedom and access to justice for all of its people. Over the centuries this nation, which is upheld by people like you and me, and people different from you and me, has grown to be stronger and striven to become ever-more inclusive. Our differences contribute to that resilience and strength.
At its best, this dream of freedom that encompasses all people continues be the foundation of our ideals: we are— or may become — home and sanctuary for all kinds of people.Although we know, when we look honestly at our own history, that we must often engage in civil struggle to attain transformation,  we remain committed to doing so.
Yes, we get it wrong sometimes. Then again, we keep trying, and often enough, we also get it right.
Today we pause to remember: in Jackson, in the Mt Washington Valley, and around the nation. People held moments of silence. People walked with flags. People sang. People played bagpipes. People rang steeple bells. People rolled in fire trucks, police cruisers, and ambulances. People gathered. People remembered, and told the story again.
This morning, just like 20 years ago, we are a country in the midst of growth. We do not live in a state of finalized perfection, but a creative and imperfect, messy and mighty, living experiment in liberty. When we remain motivated by our nation’s ideals, we act not out of fear, but out of courage and compassion. We build toward a sustainable peace for our own times and generations yet to come.
Today, we remember the attacks that killed people from 93 nations: originally 2,753 people in New York; 184 people at the Pentagon; and 40 people on Flight 93. Thousands more were injured, either immediately or in the aftermath of rescue, recovery and rebuilding. Others died or were incapacitated due to complications from living and serving around those sites. Wars have been waged, and peace-building attempted, in response to the events of 9/11: thousands more lives are included in that ongoing legacy, too.
Yes, terrorism was aimed at the World Trade Center and the Pentagon. For a period of time, the land, water and skies in and around Manhattan, New York, western Pennsylvania, and in Arlington County, Virginia became sites of trauma, loss. Also sites of heroism. Now they are places of remembrance and learning.
Today we acknowledge the victims: brothers and sisters from 93 nations, not just ours. People of every imaginable faith. People who spoke different tongues. People of every hue, who created a rainbow of humanity. People who woke up, traveled into the city, and started their days, to live common lives.
These people, largely, were not warriors, but civilians. And in the every-day-ness of their living and doing, they told stories much like ours. They had families. Partners. Children. Siblings. Friends. Communities that expected them home again.
They had dreams. They played. They worked. They prayed. Most of them did not expect or ask to bear names that have become synonymous with a nation’s story about itself.
Among them, the city’s first responders—who have become symbolic of our nation’s first responders —served at great risk, and on that day, ran toward danger rather than away from it.
All of them, men, women, children, both civilians and those who served a specific call, carried names that have indeed, and unexpectedly, have become a different kind of prayer.
Brothers and sisters, let us lift up today, not the message that those who sought to force change through violence would have us learn. May we resist acting out of fear. Those who instigated violence believed that they could clip the wings of our imaginations, and topple our beliefs out of the sky.
Instead, let us remember, and honor, the lives of common people whose lives have taken on an uncommon meaning, May we remember, and doing so, reclaim, rebuild and re-imagine, here in our own local community and across our country and around the world, a bigger vision that embraces peace. One that still has feet, but also wings.
May we struggle together to achieve our shared ideals. May we seek to do the next right thing, motivated by compassion and courage. May we continue to expand, within our own borders, the great promise of freedom so that it is accessible to all of our nation’s children, through a civil process that—at its best—gives birth to justice, cultivates peace, and recognizes the dignity and value of every human soul.
Peace. May this be the lesson we choose to learn, in remembrance of those events, in recognition of those lives forever lost or changed. Peace — sustainable and healthy and equitable and accessible in its abundance for all people. May we remember the names and stories of our brothers and sisters, those who died and those were carry the trauma and hurt in their changed lives. May we add our own stories to theirs, as we are called to engage in the great civil work of peace that is the legacy of this day.
Peace is not the dream of one nation, but necessarily, it is the prayer of all peoples in all nations all over the world. Shalom. Salaam. Peace.
Amen

THIS WEEK at Jackson Community Church and Around Town