PARABLES set in the VINEYARD

MATTHEW 18:23-35
The Parable of the Unforgiving Servant
“For this reason the kingdom of heaven may be compared to a king who wished to settle accounts with his slaves. When he began the reckoning, one who owed him ten thousand talents was brought to him, and, as he could not pay, the lord ordered him to be sold, together with his wife and children and all his possessions and payment to be made. 26 So the slave fell on his knees before him, saying, ‘Have patience with me, and I will pay you everything.’
And out of pity for him, the lord of that slave released him and forgave him the debt. But that same slave, as he went out, came upon one of his fellow slaves who owed him a hundred denarii, and seizing him by the throat he said, ‘Pay what you owe.’
Then his fellow slave fell down and pleaded with him, ‘Have patience with me, and I will pay you.’ But he refused; then he went and threw him into prison until he would pay the debt. 31 When his fellow slaves saw what had happened, they were greatly distressed, and they went and reported to their lord all that had taken place.
Then his lord summoned him and said to him, ‘You wicked slave! I forgave you all that debt because you pleaded with me. Should you not have had mercy on your fellow slave, as I had mercy on you?’  And in anger his lord handed him over to be tortured until he would pay his entire debt.
So my heavenly Father will also do to every one of you, if you do not forgive your brother or sister from your heart.”

MATTHEW 20:1-16 — The Laborers in the Vineyard
“For the kingdom of heaven is like a landowner who went out early in the morning to hire laborers for his vineyard. After agreeing with the laborers for a denarius for the day, he sent them into his vineyard.
When he went out about nine o’clock, he saw others standing idle in the marketplace, and he said to them, ‘You also go into the vineyard, and I will pay you whatever is right.’ So they went.
When he went out again about noon and about three o’clock, he did the same. And about five o’clock he went out and found others standing around, and he said to them, ‘Why are you standing here idle all day?
They said to him, ‘Because no one has hired us.’
He said to them, ‘You also go into the vineyard.’
When evening came, the owner of the vineyard said to his manager,‘Call the laborers and give them their pay, beginning with the last and then going to the first.’
When those hired about five o’clock came, each of them received a denarius. 10 Now when the first came, they thought they would receive more; but each of them also received a denarius. And when they received it, they grumbled against the landowner, saying, ‘These last worked only one hour, and you have made them equal to us who have borne the burden of the day and the scorching heat.’
But he replied to one of them,‘Friend, I am doing you no wrong; did you not agree with me for a denarius? Take what belongs to you and go; I choose to give to this last the same as I give to you. Am I not allowed to do what I choose with what belongs to me? Or are you envious because I am generous?’

16 So the last will be first, and the first will be last.”MATTHEW 21:28-31 —The Parable of the Two Sons
“What do you think? A man had two sons; he went to the first and said,‘Son, go and work in the vineyard today.’
He answered, ‘I will not,’ but later he changed his mind and went.
The father went to the second and said the same, and he answered, ‘I go, sir,’ but he did not go.”
[Jesus asked] 31 “Which of the two did the will of his father?”
They said, “The first.”

MATTHEW 21:33-41,43-45 — The Parable of the Wicked Tenants
“Listen to another parable. There was a landowner who planted a vineyard, put a fence around it, dug a winepress in it, and built a watchtower. Then he leased it to tenants and went away.
When the harvest time had come, he sent his slaves to the tenants to collect his produce. But the tenants seized his slaves and beat one, killed another, and stoned another. Again he sent other slaves, more than the first, and they treated them in the same way.
Then he sent his son to them, saying, ‘They will respect my son.’
But when the tenants saw the son, they said to themselves, ‘This is the heir; come, let us kill him and get his inheritance.’ So they seized him, threw him out of the vineyard, and killed him.
[Jesus asked] “Now when the owner of the vineyard comes, what will he do to those tenants?”
They said to him, “He will put those wretches to a miserable death and lease the vineyard to other tenants who will give him the produce at the harvest time.” …
“Therefore I tell you, the kingdom of God will be taken away from you and given to a people that produces its fruits. 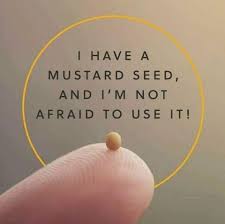 PARABLES about KINGDOM of GOD

The Parable of the Sower

13 That same day Jesus went out of the house and sat beside the sea. 2 Such great crowds gathered around him that he got into a boat and sat there, while the whole crowd stood on the beach. 3 And he told them many things in parables, saying: “Listen! A sower went out to sow. 4 And as he sowed, some seeds fell on a path, and the birds came and ate them up. 5 Other seeds fell on rocky ground, where they did not have much soil, and they sprang up quickly, since they had no depth of soil. 6 But when the sun rose, they were scorched, and since they had no root, they withered away. 7 Other seeds fell among thorns, and the thorns grew up and choked them. 8 Other seeds fell on good soil and brought forth grain, some a hundredfold, some sixty, some thirty. 9 If you have ears,[a] hear!”The Parable of the Sower Explained

24 He put before them another parable: “The kingdom of heaven may be compared to someone who sowed good seed in his field, 25 but while everybody was asleep an enemy came and sowed weeds among the wheat and then went away. 26 So when the plants came up and bore grain, then the weeds appeared as well. 27 And the slaves of the householder came and said to him, ‘Master, did you not sow good seed in your field? Where, then, did these weeds come from?’ 28 He answered, ‘An enemy has done this.’ The slaves said to him, ‘Then do you want us to go and gather them?’ 29 But he replied, ‘No, for in gathering the weeds you would uproot the wheat along with them. 30 Let both of them grow together until the harvest, and at harvest time I will tell the reapers, Collect the weeds first and bind them in bundles to be burned, but gather the wheat into my barn.’ ”Matthew 13: 31-32 – The Parable of the Mustard Seed

31 He put before them another parable: “The kingdom of heaven is like a mustard seed that someone took and sowed in his field; 32 it is the smallest of all the seeds, but when it has grown it is the greatest of shrubs and becomes a tree, so that the birds of the air come and make nests in its branches.”Matthew 13: 33 – The Parable of the Yeast

33 He told them another parable: “The kingdom of heaven is like yeast that a woman took and mixed in with three measures of flour until all of it was leavened.”Matthew 13: 44-50: Three Parables

44 “The kingdom of heaven is like treasure hidden in a field, which a man found and reburied; then in his joy he goes and sells all that he has and buys that field.

45 “Again, the kingdom of heaven is like a merchant in search of fine pearls; 46 on finding one pearl of great value, he went and sold all that he had and bought it.

47 “Again, the kingdom of heaven is like a net that was thrown into the sea and caught fish of every kind; 48 when it was full, they drew it ashore, sat down, and put the good into baskets but threw out the bad. 49 So it will be at the end of the age. The angels will come out and separate the evil from the righteous 50 and throw them into the furnace of fire, where there will be weeping and gnashing of teeth. 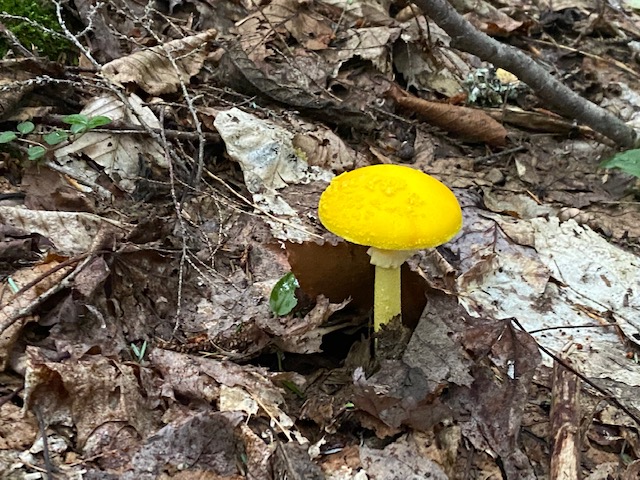