From Ellie Koeppel: It is with great regret that I have to let you know that Fritz passed away peacefully in his home in Jackson on Friday evening, March 3rd. I was by his side, as were his son Alex and his  wife Teri; his son Erik and partner Lauren; and of course Annie his dog was laying by his feet. He went peacefully and gracefully as Fritz would have wanted. In the two years since his diagnosis with stage 4 Pancreatic cancer he played golf, skied with the style that only Fritz had, and none of us could ever accomplish. We traveled to Ireland and Switzerland to see both of our families twice and to our favorite place in Mexico four times, most recently to celebrate my birthday in January. Until the end, he was focused on the well being of his family, including the staff at The Wentworth, whom he also considered as his family, and on his future plans for The Wentworth Hotel. He loved the village of Jackson, the community spirit of Jackson and the many friends he had in the village and its surroundings.

Visiting hours will be on Tuesday, March 7th at the Furber and White Funeral Home in North Conway from 6:00 to 8:00. A mass will be said in his honor by Father Steven at Our Lady of the Mountains at 1:00PM on Wednesday. Following the service, all are invited to join us at The Shannon Door Pub in Jackson. A celebration of his life will be held at a later date.

Jo-Ann Gray’s daughter Linda shared with us that her mother died on Saturday morning, March 4, at Merriman House.

Obituary: Jo-Ann Lindsey Gray of North Conway, NH formerly of Glastonbury, CT., died peacefully on March 4, 2017 at the Merriman House in North Conway, NH., after a long decline from Alzheimer’s Disease. Calling hours will be on Tuesday, March 7, 2017 at Holmes Funeral Home, 400 Main St. Manchester, CT from 10-11 am with a service at 11 am at the funeral home. Burial will follow in East Cemetery, Manchester. Donations in Jo-Ann’s memory can be made to the Girl Scouts of Connecticut – Campership Fund, 340 Washington Street, Hartford, CT 06106. To leave an online condolence please visit www.holmes-watkinsfuneralhomes.com

Facilitator Rev. Doug Bixby will lead a workshop for our church. Everyone is welcome to attend. 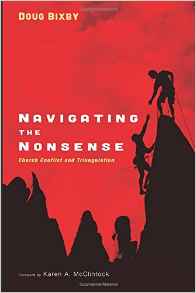 With his permission, we’ll provide brief excerpts from his book in downloadable PDF form (and printed copies). We also have a limited number of the complete volume for use before and after the workshop (these are available for immediate pickup).

This will kick-start the elimination of redundant and unnecessary committees, revitalize the teams that have a specific reason for being in existence, and focus our work on the mission and action of the church, minimizing administrative overload and freeing up energy and resources for the “why” that really moves us and gives us joy.

This month our own faith community will kick-start a relevant  discussion, as we read together about current issues surrounding race with Debby Irving’s Waking Up White. A limited number of these books are available to sign out at the church (library copies on loan).