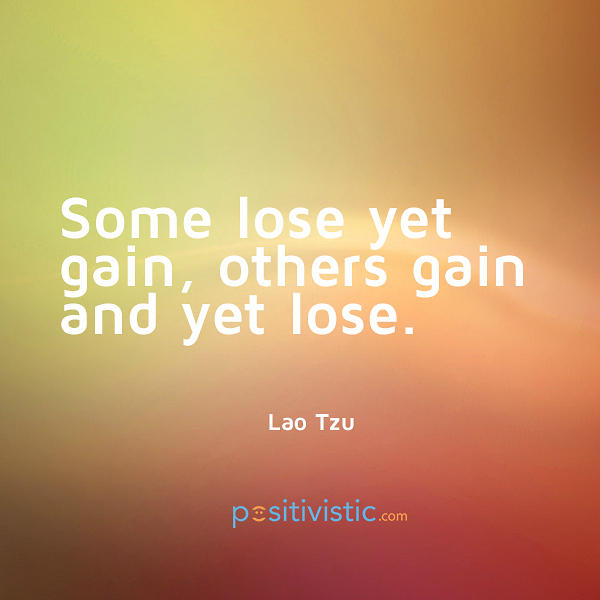 Themes in Lenten readings from Genesis 17 and Mark 8 about claiming names, embracing new life, and transforming identity. Meditations on ideas such as “Taking up the cross” and “losing life to gain it.”
I celebrate myself, and sing myself,
And what I assume you shall assume,
For every atom belonging to me as good belongs to you.
— Song of Myself, Walt Whitman
Soul, if you want to learn secrets,
your heart must forget about shame  and dignity.
You are God’s lover,  yet you worry what people are saying.
― Jalaluddin Mevlana Rumi

Giving Up a Life, a Self, an Identity: Themes from Mark 8 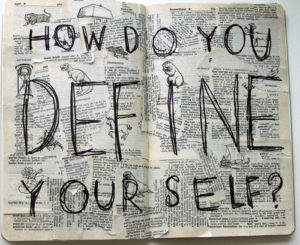 We begin to find and become ourselves when we notice how we are already found, already truly, entirely, wildly, messily, marvelously who we were born to be. The only problem is that there is also so much other stuff, typically fixations with how people perceive us, how to get more of the things that we think will make us happy, and with keeping our weight down. So the real issue is how do we gently stop being who we aren’t? … Here’s how I became myself: mess, failure, mistakes, disappointments, and extensive reading; limbo, indecision, setbacks, addiction, public embarrassment, and endless conversations with my best women friends; the loss of people without whom I could not live, the loss of pets that left me reeling, dizzying betrayals but much greater loyalty, and overall, choosing as my motto William Blake’s line that we are here to learn to endure the beams of love. — Anne Lamott, “Becoming the Person You Were Meant to Be: Where to Start” O, The Oprah Magazine

Your “false” self is how you define yourself outside of love, relationship, or divine union. After you have spent many years building this separate, egoic self, with all its labels and habits, you are very attached to it. And why wouldn’t you be? It’s all you know. To move beyond this privately concocted identity naturally feels like losing or dying. Perhaps you have noticed that master teachers like Jesus and the Buddha, all the “Teresas” (Ávila, Lisieux, and Calcutta), and the mystical poets Hafiz, Kabir, and Rumi talk about dying much more than we are comfortable with. They all know that if you do not learn the art of dying and letting go early, you will miss out on the peace, contentment, and liberation of life lived in your Larger and Lasting Identity, which most of us call God. — Fr Richard Rohr, “Losing Myself to Find Myself”, Center for Action and Contemplation

Lose life to gain it: Not a suicide mission, but he [Jesus] wants followers to understand his life is about more than leftover bread and calmed storms. Also a reminder that the only way to fully live, is to live for others. — Robb Mc Coy and Eric Fistler, Pulpit Fiction.

I will be the first to admit that a life of giving ourselves away for the sake of others is not an easy one.  It’s one that asks for all the very best we have to give, and continues to ask for that over and over and over again.  It’s easy to burn out when you’re always giving to those around you.  That’s why it’s so important to maintain some kind of spiritual discipline—reading, prayer, meditation, something. It’s essential to have some way to build yourself up, to maintain your own inner resources if you’re going to continue living a life of giving yourself away. — Alan Brehm, Waking Dreamer

We need to ask ourselves again why we were born. What is it that we have that the world needs and is waiting for us to provide? That is the star we must follow to its end. Then we will not only hear the silent applause of all those who benefitted from our having lived but we will find the whole of ourselves now wholly developed, waiting for us, as well. — Sr Joan Chittister, Following the Path: The Search for a Life of Passion, Purpose, and Joy

… us … just about everyone we’ll ever know want a strong God, a God who heals our illnesses, provides ample prosperity, guarantees our security, urges our military and sports teams onto victory, and generally keeps us happy, healthy, and wise. … Instead, Jesus points to a God who meets us in vulnerability, suffering, and loss … when we realize that we are, quite simply, mortal, incapable of saving ourselves and desperately in need of a God who meets us where we are. … Which means that we don’t get the God we want, but instead the God we need. — David Lose, In the Meantime

It is in the Third World that most Christians now live …  In East Africa, Christians call Jesus “the first ancestor.” In Ghana he is “the great snake.” The Lakota Sioux refer to him as “the buffalo calf of God.” Contexts shape Christology, and they always have. — Cullen Murphy, The Atlantic.com, “Who Do Men Say That I Am?” 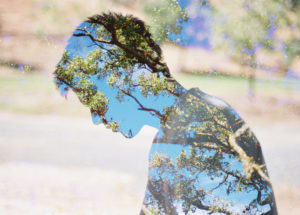 In light of God’s grace, we can understand Jesus’ comments about losing our lives in a healthy manner. Jesus ethic of self-denial is grounded in the unconditional love of God. The self we lose is the inauthentic, self-interested, narrow, and defensive self. We need to prune the self-centered self to discover the truly centered Christ-self within. Pruning is painful, and to the plant or us, it is often experienced as painful. Yet, the pruning lets the light in and makes growth possible in plants and persons. Deeper more abundant life emerges when we allow the small self to gain stature by identification with the well-being of the whole. The self is not lost but becomes more expansive and, at the very least, experiences a type of mystical or transcendent immortality. — Bruce Epperly, Patheos, The Adventurous Lectionary

Meditations on Symbolism of the Cross 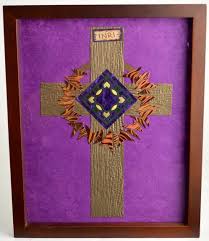 But the cross, though it has at its heart a collision and a contradiction, can extend its four arms for ever without altering its shape.  Because it has a paradox in its center it can grow without changing. .. The cross opens its arms to the four winds; it is a signpost for free travelers. — G.K.Chesterton, Orthodoxy

To heal, it seems we have to stand in the middle of the horror, at the foot of the cross, and wait out another’s suffering where that person can see us. — Anne Lamott

Love does not snatch us from the pain of time, but takes the pain of the temporal upon itself. Hope makes us ready to bear the cross of the present. — Jurgen Moltmann, Theology of Hope

Any God who would wander into the human condition, any God who has this thirst to pursue us, had better not be too put off by pain, for that’s the way we tend to treat our saviors. Any God who tries to love us had better be ready to die for it. ― William H. Willimon, Thank God It’s Friday: Encountering the Seven Last Words from the Cross

The Cross is the eternal expression of the length to which God will go to in order to restore broken community. ― Martin Luther King Jr.

The cross can heal and hurt; it can be empowering and liberating but also enslaving and oppressive. There is no one way in which the cross can be interpreted. I offer my reflections because I believe that the cross placed alongside the lynching tree can help us to see Jesus in America in a new light, and thereby empower people who claim to follow him to take a stand against white supremacy and every kind of injustice. ― James H. Cone, The Cross and the Lynching Tree

I almost shudder at the thought of alluding to the most fatal example of the abuses of grief which the history of mankind has preserved – the Cross. Consider what calamities that engine of grief has produced! With the rational respect that is due to it, knavish priests have added prostitutions of it, that fill or might fill the blackest and bloodiest pages of human history. ― John Adams, The Adams-Jefferson Letters: The Complete Correspondence Between Thomas Jefferson and Abigail and John Adams 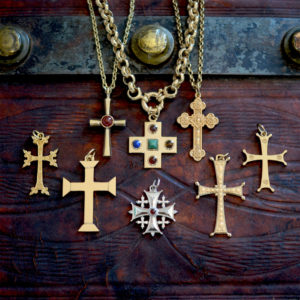 So, when Jesus says … “Take up your cross and follow me” is a call to nonviolent yet revolutionary action, the kind that would invite persecution. …. Today, “bearing your cross” is a Christian metaphor that can carry many different meanings. It’s often used to indicate the trials and temptations that we experience in life, covering everything from addiction to cancer, lust to poverty or financial hardship. … “Take up your cross” has lost some of the power of its original meaning. It’s gone from changing the world and threatening the established order to struggling against our cravings for chocolate during Lent or tolerating people we don’t like. … This change in meaning has also led to a perverse Christian glorification of human suffering … The cross of Christ, and the call to take up our own (instead of taking up arms), should not be stripped of its scandal and offensiveness to the world and the Empire. It is a call to change the order of things with our vulnerability instead of the power of the sword, with love rather than coercion. We take up a cross instead of a sword because the world is heavily invested in inequality, in patriarchy, in the coercive use of force and in the fear of suffering and death. … By all means, take up your cross and follow Jesus. But don’t nail someone else to one. — Dave Barnhart, Ministry Matters

When we cross ourselves, let it be with a real sign of the cross. Instead of a small cramped gesture that gives no notion of its meaning, let us make a large unhurried sign, from forehead to breast, from shoulder to shoulder, consciously feeling how it includes the whole of us, our thoughts, our attitudes, our body and soul, every part of us at once, how it consecrates and sanctifies us. — Romano Guardini, Sacred Signs

Simple, powerful, poignant, the Sign of the Cross is a mnemonic device … So we remember the central miracle and paradox of the faith that binds us each to each: that we believe, against all evidence and sense, in life and love and light, in the victory of those things over death and evil and darkness. ― Brian Doyle, Credo

The raft is used to cross the river. It isn’t to be carried around on your shoulders. The finger which points at the moon isn’t the moon itself. ― Thich Nhat Hanh, The Miracle of Mindfulness: An Introduction to the Practice of Meditation

Jesus didn’t die as a frustrated failed revolutionary. His death was the revolution. ― William H. Willimon