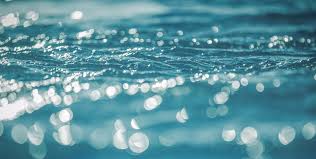 Into what element can you fall, surrender, let go and lose yourself, and thus become connected to something larger? And how are you changed, once immersed?

Blessed are You, O Lord, our God, King of the universe, who has sanctified us with Your commandments and commanded us concerning the immersion. — Jewish Mikveh Blessing in English

Like the Water — Wendell Berry
Like the water of a deep stream, love is always too much.
We did not make it.
Though we drink till we burst, we cannot have it all, or want it all.
In its abundance it survives our thirst.

In the evening we come down to the shore to drink our fill, and sleep, while it flows through the regions of the dark.
It does not hold us, except we keep returning to its rich waters thirsty.

We enter, willing to die, into the commonwealth of its joy.

Begin here:
Beloved.
Is there any other word needs saying,
any other blessing could compare with this name, this knowing?

Beloved.
Comes holy to the heart aching to be new.
Comes healing to the soul wanting to begin again.

Beloved.
Keep saying it and though it may sound strange at first,
watch how it becomes part of you,
how it becomes you, as if you never could have known yourself
anything else, as if you could ever have been other than this:
Beloved.

Just to be is a blessing. Just to live is holy. — Abraham Joshua Heschel

What a grand thing, to be loved! What a grander thing still, to love! — Victor Hugo The dog searches until he finds me upstairs … puts his head on my foot. Sometimes the sound of his breathing saves my life—in and out, in and out; a pause, a long sigh …
— Jane Kenyon

The face of all the world is changed, I think / Since first I heard the footsteps of thy soul / Move still, oh, still, beside me, as they stole / Betwixt me and the dreadful outer brink / Of obvious death, where I, who thought to sink, / Was caught up into love, and taught the whole / Of life in a new rhythm …
— Elizabeth Barrett Browning, Sonnets from the Portuguese 7

I just want you to walk in the knowledge that God loves you totally apart from anything you do or don’t do. — Sister Eileen (from story told by Nadia Bolz-Weber)

You are already God’s beloved. I heard a story a few months back on the radio, about how studies have been done where elementary school teachers were told at the beginning of the term that certain children in their classroom were gifted, regardless of the actual capacity of these children – and the study showed that by the end of the year those kids were scoring off the charts from their peers. They became what they were believed to be. God is like that. God is like a teacher who has been duped into thinking you are “gifted” and then treats you like you are special and then that’s what you end up being. — Nadia Bolz-Weber

Define yourself radically as one beloved by God. This is the true self. Every other identity is illusion. — Brennan Manning, Abba’s Child: The Cry of the Heart for Intimate Belonging … the sacrament of baptism … to consecrate a human being to God and to communicate to that person the divine gift of birth from God. — Hans Urs von Balthasar

Life in us is like the water in a river. — Henry David Thoreau

Water is the driving force in nature. — Leonardo da Vinci

Set your life on fire. Seek those who fan your flames. ― Rumi

You cannot feel yourself … Presently you lose consciousness of your own separate existence; you blend with the landscape, and become part and parcel of nature. — John Muir

So whether it is the environment that is inhabited, or the inhabitants, both of them are composed of four or five basic elements. These elements are earth, wind, fire, water and vacuum, that is space. About space, in the Kalachakra tantra there is a mention of what is known as the atom of space, particles of space. So that forms the central force of the entire phenomenon. When the entire system of the universe first evolved, it evolved from this central force which is the particle of space, and also a system of universe and would dissolve eventually into this particle of the space. So it is on the basis of these five basic elements that there is a very close inter-relatedness or interrelation between the habitat that is the natural environment and inhabitants, the sentient beings living within it. — Dalai Lama

Each one of us begins life in the water of the womb. Each child is formed in this seamless water and swims securely in the current of its rhythms. In the womb everything comes to us in wave motion. Thus, our first experiences took place in the water element. Indeed our first recognition of identity happened, not as philosophy would often have us imagine, in the dry air element where a “cogito” might flicker, but rather in the inclusive water element, where there was a yet no separation between inside/outside, or self/otherness … To swim is in a certain sense to reenter this womb-like medium. To do this meditatively is to re-awaken that primal sense of belonging from the time before one’s individuality first broke free. — John O’Donohue

Empty me of the bitterness and disappointment of being nothing but
myself
Immerse me in the mystery of reality
Fill me with love for the truly afflicted
that hopeless love, if need be
make me one of them again —
Awaken me to the reality of this place
and from the longed-for or remembered place
And more than thus, behind each face
induct, oh introduce me in —
to the halting disturbed ungrammatical soundless
words of others’ thoughts
not the drivel coming out of our mouths
Blot me out, fill me with nothing but consciousness
of the holiness, the meaning
of these unseeable, all
these unvisitable worlds which surround me:
others’ actual thoughts — everything
I can’t perceive yet
know
know it is there.
— Franz Wright