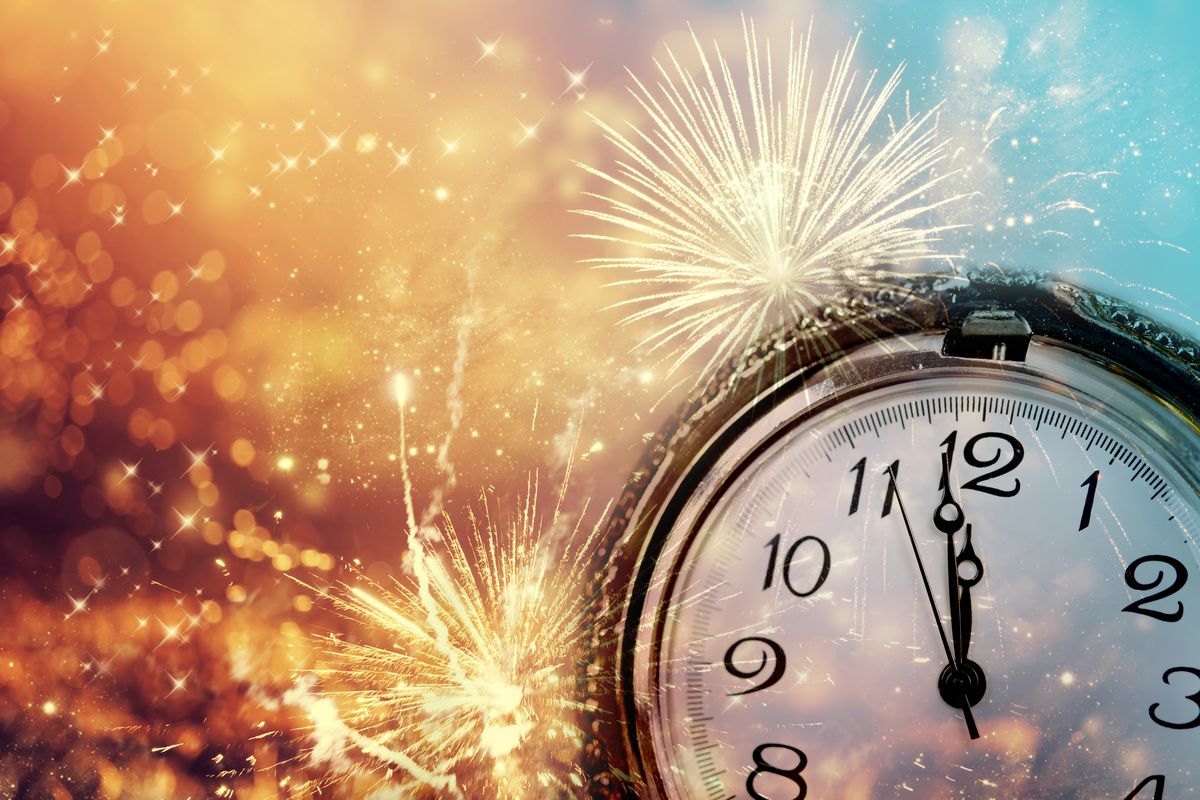 What Are You Doing New Year’s Eve?
— lyrics by Frank Loesser, performed by Ella Fitzgerald

Maybe it’s much too early in the game
Aah, but I thought I’d ask you just the same
What are you doing New Year’s, New Year’s Eve?Wonder whose arms will hold you good and tight
When it’s exactly twelve o’clock that night
Welcoming in the New Year, New Year’s EveMaybe I’m crazy to suppose
I’d ever be the one you chose
Out of a thousand invitations, You received

Aah, but in case I stand one little chance
Here comes the jackpot question in advance
What are you doing New Year’s, New Year’s Eve? 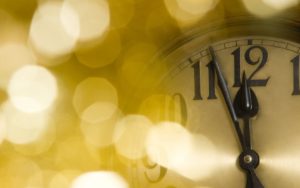 It’s being here now that’s important. There’s no past and there’s no future. Time is a very misleading thing. All there is ever, is the now. We can gain experience from the past, but we can’t relive it; and we can hope for the future, but we don’t know if there is one. ― George Harrison

Chronology, the time which changes things, makes them grow older, wears them out, and manages to dispose of them, chronologically, forever. — Madeline L’Engle

The concept of time as a way to measure the duration of events is not only deeply intuitive, it also plays an important role in our mathematical descriptions of physical systems. — phys.org

Chronos is clocks, deadlines, watches, calendars, agendas, planners, schedules, beepers … Chronos keeps track … Chronos is the world’s time … Chronos requires speed so that it won’t be wasted. Kairos requires space so that it might be savored. We do in chronos. In kairos we’re allowed to be … It takes only a moment to cross over from chronos into kairos, but it does take a moment.  ― Sarah Ban Breathnach

Kairos is transcendence, infinity, reverence, joy, passion, love, the Sacred. Kairos is intimacy with the Real. Kairos is time at her best. … Kairos is Spirit’s time. We exist in chronos. We long for kairos. That’s our duality.
… It takes only a moment to cross over from chronos into kairos, but it does take a moment. All that kairos asks is our willingness to stop running long enough to hear the music of the spheres. ― Sarah Ban Breathnach

Thank God there is kairos too: again the Greeks were wiser than we are. They had two words for time: chronos and kairos. … Kairos is not measurable. Kairos is ontological … Kairos can sometimes enter, penetrate, break through chronos … The bush, the burning bush, is in kairos, not any burning bush, but the particular burning bush before which Moses removed his shoes; the bush I pass by on my way to the brook. In kairos that part of us which is not consumed in the burning is wholly awake. … The artist at work is in kairos. The child at play, totally thrown outside himself in the game, be it building a sandcastle or making a daisy chain, is in kairos. In kairos, we become what we are called to be as human beings, cocreators with God, touching on the wonder of creation. — Madeline L’Engle, Walking on Water

There are moments, as I myself have emphasized on different occasions, in which “kairos,” the right time, is united with “logos,” the “eternal truth,” and in which the fate of philosophy is decided for a special period. — Paul Tillich

Seasons of Love
(lyrics by Jonathan Larson, from Rent)

In daylights?
In sunsets?
In midnights?
In cups of coffee?
In inches, in miles, in laughter, in strife?

In five hundred twenty five thousand six hundred minutes.
How do you measure a year in a life?

In truths that she learned,
or in times that he cried?
In bridges he burned,
or the way that she died?

It’s time now to sing out,
though the story never ends.
Let’s celebrate remember a year in a life
of friends