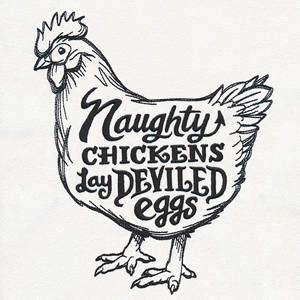 The old brown hen and the old blue sky,
Between the two we live and die
The broken cartwheel on the hill.
— Wallace Stevens

Scripture that inspired these themes:

Be Not Afraid — Nadia Bolz-Weber
… We already have plenty of messages out there telling us that everything will be ok and we will feel safe if we can just manage to hoard the amount of hand sanitizer that guy in SC did, and then maybe muster up the compassion of Mother Teresa, the physique of our Crossfit Coach, the entrepreneurial genius of Mark Zuckerberg, and now, the fearlessness of Jesus. … So maybe our hope for becoming unafraid is found in the rest of this story – the part where Jesus calls Herod a fox and then refers to himself as a mother hen. A mother hen. … A mother hen cannot actually keep a determined fox from killing her chicks. So where does that leave us? I mean, if danger is real, and a hen can’t actually keep their chicks out of danger, then what good is this image of God as Mother Hen if faith in her can’t make us safe? Well, today I started to think that maybe it’s not safety that keeps us from being afraid. Maybe it’s love. Which means that a Mother Hen of a God doesn’t keep foxes from being dangerous…a Mother Hen of a God keeps foxes from being what determines how we experience the unbelievably beautiful gift of being alive. God the Mother Hen gathers all of her downy feathered, vulnerable little ones under God’s protective wings so that we know where we belong, because it is there that we find warmth and shelter. But Faith in God does not bring you safety. The fox still exists. Danger still exists.  And by that I mean, danger is not optional, but fear is.  Because maybe the opposite of fear isn’t bravery.  Maybe the opposite of fear is love. … Because the Herods of this world, the dangers of this world the foxes that may surround us, do not get to determine the contours of our hearts. Nor the content of our minds. …
So to hell with fear. Because it does nothing to actually keep the bad things from happening ….it just steals the joy of appreciating the good things around us. So, love the world, good people …

Nadia Bolz-Weber thinking about before and after the rooster crows: “Because these people of the Holy Week story are we people.  And we people are the likes of which God came to save. God did not become human and dwell among us as Jesus to save only an improved, doesn’t-make-the wrong-choices kind of people. There is no improved version of humanity that could have done any differently. So go ahead. Don’t wait until you think your motivations are correct.  Don’t wait till you are sure you believe every single line of the Nicene Creed (no one does).  Don’t worry about coming to church this week for the right reasons. Just wave branches. Shout praise for the wrong reason. Eat a meal. Have your feet washed. Grab at coins. Shout Crucify him. Walk away when the cock crows.  Because we, as-we-are and not as some improved-version-of-ourselves…we are who God came to save. And nothing can stop what’s going to happen.”

Did you know that Henny Penny and Chicken Little, ala “The sky is falling”, are basically the same character retold in variations on folktales across Europe and North America? It was an oral tale finally written down and published by the Brothers Grimm. It has undergone many edits over time, but generally involves a chicken who believes that the world is coming to an end. Sometimes it has a happy ending that includes courage and sometimes the chicken is eaten by a clever predator like a fox.

Does anyone recall The Little Red Hen? This is an American-born folk tale collected by Mary Maples Dodge. In summary, “The story is meant to teach children the importance of hard work and personal initiative … A hen living on a farm finds some wheat and decides to make bread with it. She asks the other farmyard animals for help planting it, but they refuse. The hen then harvests and mills the wheat into flour before baking it into bread; at each stage she again asks the animals for help and they refuse. Finally the hen has completed her task and asks who will help her eat the bread. This time the animals accept eagerly, but the hen rebuffs them stating that, just as she made the bread herself, she will eat the bread herself, and runs away with the bread.”

Scholarship on chickens around the world and in our religious tradition:

BRAVE the song prepared and performed by our youth band & choir under direction of Billy Carleton:

Reflection by Rev Gail on BRAVE including themes from Veterans Day & Kristallnacht: