RICHARD ROHR COMMENTARY   (from Center for Action & Contemplation)
Finally, the great theater-piece Gospel is about a man born blind. … We can only touch upon the surface here, but enough to point you beneath the surface, I hope. Let me list in quick succession the major themes so you cannot miss them:

COMMENTARY on the STORY of the BLIND MAN

… Of the two choices, Jesus picked a third, unbinding sin from the body, deformity from purity.  Before sight was restored, God’s presence was invoked in this marginal space, this “inappropriate” body.  God’s presence was invoked within the blind man – within the “imperfect”, within the “other”.  And when his eyes were opened, God’s light came pouring out from this man, casting into stark relief the social and religious ideas that had kept him out for so long. — Eliza (UCC minister – see full posting on her blog)

Jesus doesn’t ask the blind guy when he heals him what he’ll be looking at for the rest of his life. — Anne Lamott

It will make a weak man mighty. it will make a mighty man fall. It will fill your heart and hands or leave you with nothing at all. It’s the eyes for the blind and legs for the lame. It is the love for hate and pride for shame. That’s the power of the gospel. — Ben Harper

It was here in the midst of my own community of underside dwellers that I couldn’t help but begin to see the Gospel, the life-changing reality that God is not far off, but here among the brokenness of our lives. — Nadia Bolz-Weber

ON SEEING & BLINDNESS as STATES of SPIRITUAL PERCEPTION

Optimism does not mean being blind to the actual reality of a situation. It means maintaining a positive spirit to continue to seek a solution to any given problem. And it means recognizing that any given situation has many different aspects—positive as well as problematic. — Dalai Lama

We are only as blind as we want to be. ― Maya Angelou

Spirituality doesn’t mean a blind belief in a spiritual teaching. Spirituality is a practice that brings relief, communication, and transformation. Everyone needs a spiritual dimension in life. Without a spiritual dimension, it’s very challenging to be with the daily difficulties we all encounter. With a spiritual practice, you’re no longer afraid. Along with your physical body, you have a spiritual body. The practices of breathing, walking, concentration, and understanding can help you greatly in dealing with your emotions, in listening to and embracing your suffering, and in helping you to recognize and embrace the suffering of another person. If we have this capacity, then we can develop a real and lasting spiritual intimacy with ourselves and with others. ― Thich Nhat Hanh

Had the price of looking been blindness, I would have looked. — Ralph Ellison

Blindness is an unfortunate handicap but true vision does not require the eyes. — Helen Keller

Kindness is the language which the deaf can hear and the blind can see. — Mark Twain

Our very eyes, Are sometimes, like our judgments, blind. — William Shakespeare

An eye for an eye leaves everybody blind. — Martin Luther King, Jr.

NOBEL SPEECH (excerpt from FULL LECTURE) by Toni Morrison
“Once upon a time there was an old woman. Blind but wise.” Or was it an old man? A guru, perhaps. Or a griot soothing restless children. I have heard this story, or one exactly like it, in the lore of several cultures. “Once upon a time there was an old woman. Blind. Wise.”
In the version I know the woman is the daughter of slaves, black, American, and lives alone in a small house outside of town. Her reputation for wisdom is without peer and without question. Among her people she is both the law and its transgression. The honor she is paid and the awe in which she is held reach beyond her neighborhood to places far away; to the city where the intelligence of rural prophets is the source of much amusement.
One day the woman is visited by some young people who seem to be bent on disproving her clairvoyance and showing her up for the fraud they believe she is. Their plan is simple: they enter her house and ask the one question the answer to which rides solely on her difference from them, a difference they regard as a profound disability: her blindness. They stand before her, and one of them says, “Old woman, I hold in my hand a bird. Tell me whether it is living or dead.”
She does not answer, and the question is repeated. “Is the bird I am holding living or dead?”
Still she doesn’t answer. She is blind and cannot see her visitors, let alone what is in their hands. She does not know their color, gender or homeland. She only knows their motive.
The old woman’s silence is so long, the young people have trouble holding their laughter.
Finally she speaks and her voice is soft but stern. “I don’t know”, she says. “I don’t know whether the bird you are holding is dead or alive, but what I do know is that it is in your hands. It is in your hands.”
Her answer can be taken to mean: if it is dead, you have either found it that way or you have killed it. If it is alive, you can still kill it. Whether it is to stay alive, it is your decision. Whatever the case, it is your responsibility.
For parading their power and her helplessness, the young visitors are reprimanded, told they are responsible not only for the act of mockery but also for the small bundle of life sacrificed to achieve its aims. The blind woman shifts attention away from assertions of power to the instrument through which that power is exercised…

I look at the world — Langston Hughes

I look at the world
From awakening eyes in a black face—
And this is what I see:
This fenced-off narrow space
Assigned to me.

I look then at the silly walls
Through dark eyes in a dark face—
And this is what I know:
That all these walls oppression builds
Will have to go!

I look at my own body
With eyes no longer blind—
And I see that my own hands can make
The world that’s in my mind.
Then let us hurry, comrades,
The road to find.

Sonnet 19: When I consider how my light is spent — John Milton

When I consider
how my light is spent,
Ere half my days,
in this dark world and wide,
And that one Talent
which is death to hide
Lodged with me useless,
though my Soul more bent
To serve therewith my Maker,
and present
My true account,
lest he returning chide;
‘Doth God exact day-labour,
light denied?’
I fondly ask.
But patience, to prevent
That murmur, soon replies,
‘God doth not need
Either man’s work
or his own gifts;
who best
Bear his mild yoke,
they serve him best.
His state
Is Kingly.
Thousands at his bidding speed
And post o’er Land and
Ocean without rest:
They also serve who only
stand and wait.’ 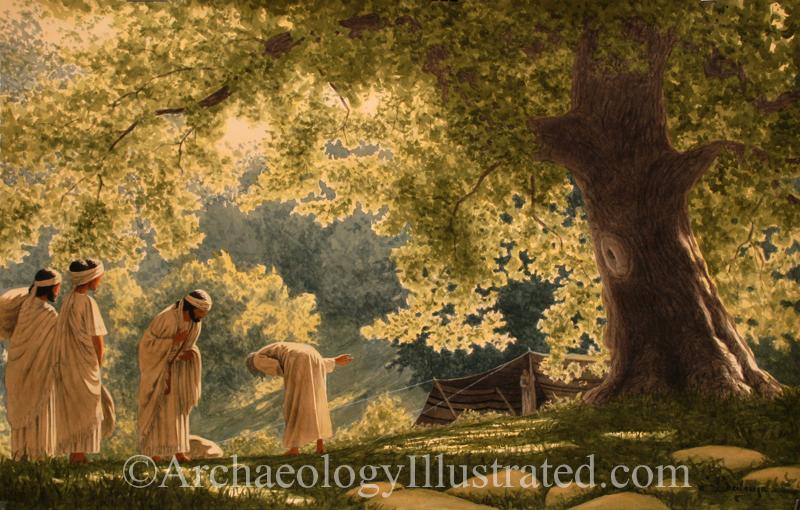 To pull the metal splinter from my palm
my father recited a story in a low voice.
I watched his lovely face and not the blade.
Before the story ended, he’d removed
the iron sliver I thought I’d die from.

I can’t remember the tale,
but hear his voice still, a well
of dark water, a prayer.
And I recall his hands,
two measures of tenderness
he laid against my face,
the flames of discipline
he raised above my head.


Had you entered that afternoon
you would have thought you saw a man
planting something in a boy’s palm,
a silver tear, a tiny flame.
Had you followed that boy
you would have arrived here,
where I bend over my wife’s right hand.

Look how I shave her thumbnail down
so carefully she feels no pain.
Watch as I lift the splinter out.
I was seven when my father
took my hand like this,
and I did not hold that shard
between my fingers and think,
Metal that will bury me,
christen it Little Assassin,
Ore Going Deep for My Heart.
And I did not lift up my wound and cry,
Death visited here!
I did what a child does
when he’s given something to keep.
I kissed my father.

The best way to find yourself is to lose yourself in the service of others. – Ghandi

In the cherry blossom’s shade there’s no such thing as a stranger. ― Kobayashi Issa

Hospitality means primarily the creation of free space where the stranger can enter and become a friend instead of an enemy. Hospitality is not to change people, but to offer them space where change can take place. It is not to bring men and women over to our side, but to offer freedom not disturbed by dividing lines. ― Henri Nouwen, Reaching Out: The Three Movements of the Spiritual Life

There is great value in being able to say “yes” when people ask if there is anything they can do. By letting people pick herbs or slice bread instead of bringing a salad, you make your kitchen a universe in which you can give completely and ask for help. The more environments with that atmospheric makeup we can find or create, the better. ― Tamar Adler, An Everlasting Meal: Cooking with Economy and Grace

But entertaining isn’t a sport or a competition. It’s an act of love, if you let it be. You can twist it and turn it into anything you want—a way to show off your house, a way to compete with your friends, a way to earn love and approval. Or you can decide that every time you open your door, it’s an act of love, not performance or competition or striving. You can decide that every time people gather around your table, your goal is nourishment, not neurotic proving. You can decide. ― Shauna Niequist, Bread and Wine: A Love Letter to Life Around the Table with Recipes

The monarch oak, the patriarch of the trees,
Shoots rising up, and spreads by slow degrees.
Three centuries he grows, and three he stays.
Supreme in state, and in three more decays. — John Dryden

It is a wise father that knows his own child. — William Shakespeare

My father used to say it’s never too late to do what you want to do. And he said, ‘You never know what you can accomplish until you try.’ — Michael Jordan

I imagined that the right name might be Father, and I imagined all that that name would imply: the love, the compassion, the taking offense, the disappointment, the anger, the bearing of wounds, the weeping of tears, the forgiveness … — Wendell Berry

Were man to live coeaval with the sun, the patriarch-pupil would be learning still. — Edward Young