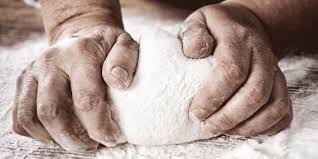 Whom Aren’t You Noticing?
Who or what has the capacity to break you open?

More Blues and the Abstract Truth (excerpt)
— C. D. Wright
… Well. Then. You say Grandmother
let me just ask you this:
How does a body rise up again and rinse
her mouth from the tap. And how
does a body put in a plum tree
or lie again on top of another body
or string a trellis. Or go on drying
the flatware. Fix rainbow trout. Grout the tile.
Buy a bag of onions. Beat an egg stiff.
Yes … And how does a body break
bread with the word when the word
has broken. Again. And. Again.
With the wine. And the loaf.
And the excellent glass
of the body. And she says,
Even. If. The. Sky. Is. Falling.
My. Peace. Rose. Is. In. Bloom.

And if strangers come to supper they shall be served with more according as they have need. — Robert Grossteste

It’s good to remember that in crises, natural crises, human beings forget for awhile their ignorances, their biases, their prejudices. For a little while, neighbors help neighbors and strangers help strangers. — Maya Angelou

There are no strangers here, only friends you haven’t met yet. — William Butler Yeats
We sometimes encounter people, even perfect strangers, who begin to interest us at first sight, somehow suddenly, all at once, before a word has been spoken. — Fyodor Dostoevsky

Even in the inevitable moments when all seems hopeless, men know that without hope they cannot really live, and in agonizing desperation they cry for the bread of hope. — Martin Luther King, Jr

There are people in the world so hungry, that God cannot appear to them except in the form of bread.  ― Mahatma Gandhi

I was raised in a group home for 14 years, so I was a beneficiary of philanthropy. I didn’t have a family. The nameless, faceless strangers were my family. They gave me an education, put food on the table and clothes on my back. I am who I am because of that formative experience. Now I am paying it forward. — Darell Hammond

Great perils have this beauty, that they bring to light the fraternity of strangers. — Victor Hugo

Never lose sight of the fact that the most important yardstick of your success will be how you treat other people – your family, friends and coworkers, and even strangers you meet along the way. — Barbara Bush

bread (excerpt)
—  Kamau Brathwaite
… life itself.
the dream of the soil itself
flesh of the god you break.
peace to your lips.
strife of the multitudes
who howl all day for its saviour
who need its crumbs …
to keep their groans alive
and this loaf here.
life now halted.
more and more water add-
itive. the dream less clear.
the soil more distant
its prayer of table.
bless of lips.
more hard to reach
… the hands that should have
broken open its victory
… searching searching …

By jacksonnhccPosted on April 27, 2017May 2, 2017Posted in UncategorizedTagged bread, C.D. Wright, Kamau Brathwaite, poetry, road to Emmaus, strangersNo Comments on Meditation on Strangers & Bread: Road and Table with the Unknown 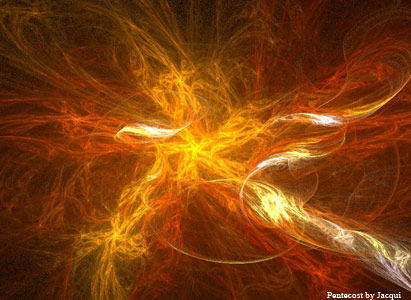 As Kingfishers Catch Fire — Gerard Manley Hopkins
~~
As kingfishers catch fire, dragonflies draw flame;
As tumbled over rim in roundy wells
Stones ring; like each tucked string tells, each hung bell’s
Bow swung finds tongue to fling out broad its name;
Each mortal thing does one thing and the same:
Deals out that being indoors each one dwells;
Selves — goes itself; myself it speaks and spells,
Crying What I do is me: for that I came.

~~
I say more: the just man justices;
Keeps grace: that keeps all his goings graces;
Acts in God’s eye what in God’s eye he is —
Christ — for Christ plays in ten thousand places,
Lovely in limbs, and lovely in eyes not his
To the Father through the features of men’s faces.

The first peace, which is the most important, is that which comes within the souls of people when they realize their relationship, their oneness with the universe and all its powers, and when they realize at the center of the universe dwells the Great Spirit, and that its center is really everywhere, it is within each of us. ― Black Elk 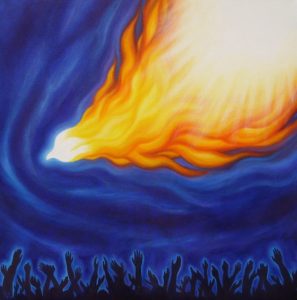 The Spirit breathes order into creation, but also energizes possibility amid the united, and often chaotic, processes of evolutionary becoming. Dabhar and ruach seem to arise from, and cocreate within, the same foundational energy that has intrigued mystics and scientists over several eons. Energy is a richly endowed concept in many of the great Eastern philosophies. The Chinese Chi, the Japanese Ki, and the Sanskrit Prana are understood to arise from a cosmic energy flow, a vital force hat courses throughout the entire universe … “Chi is a vital, dynamic, and original power that permeates the entire universe and leads to an ultimate unity,” writes theologian Grace ji-Sun Kim. It envelops the personal, social and cosmic realms. At one and the same time it is physical, psychological, and spiritual. —  Diarmuid O’Murchu from In the Beginning was the Spirit: Science, Religion, and Indigenous Spirituality

For ‘the Spirit breathes where He wills, and thou hearest His voice, but canst not tell whence He cometh or whither He goeth.’ He blesses the body that is baptized, and the water that baptizes. Despise not, therefore, the Divine laver, nor think lightly of it, as a common thing, on account of the use of water. For the power that operates is mighty, and wonderful are the things that are wrought thereby. — Gregory, Bishop of Nyssa

But then our solitude is overcome, we are no longer alone, for we find that our innermost self is the spirit, that it is God, the indivisible. And suddenly we find ourselves in the midst of the world, yet undisturbed by its multiplicity, for our innermost soul we know ourselves to be one with all being. ― Hermann Hesse

Fire —  Eunice Tietjiens
~~
Love, let us light
A fire tonight,
A wood fire on the hearth
~~
With torn and living tongues the flames leap.
Hungrily
They catch and lift, to beat their sudden wings
Toward freedom and the sky.
The hot wood sings
And crackles in a pungent ecstasy
That seems half pain of death, and half a vast
Triumphant exultation of release
That its slow life-time of lethargic peace
Should come to this wild rapture at the last.
~~
We watch it idly, and our casual speech
Drops slowly into silence.
Something stirs and struggles in me,
Something out of reach
Of surface thoughts, a a slow and formless thing –
Not I, but dim memory
Born of the dead behind me. In my blood
The blind race turns, groping and faltering.
~~
Desires
Only half glimpsed, not understood,
Stir me and shake me. Fires 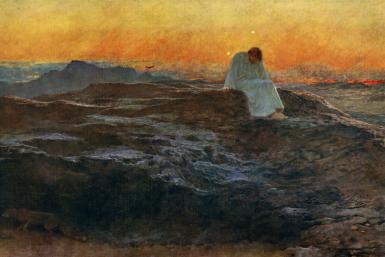 Sense how
Even the smooth stones ache
With stories of their own
In the shuddering light of day.
― Scott Hastie

In every outthrust headland, in every curving beach, in every grain of sand there is the story of the earth. ― Rachel Carson

Individually, every grain of sand brushing against my hands represents a story, an experience, and a block for me to build upon for the next generation. ― Raquel Cepeda from Bird of Paradise: How I Became Latina

I wanted to feel the blood running back into my veins, even at the cost of annihilation. I wanted to shake the stone and light out of my system … To be of night so frighteningly silent, so utterly incomprehensible and eloquent at the same time. Never more to speak or to listen or to think. ― Henry Miller from Tropic of Capricorn

All things of grace and beauty such that one holds them to one’s heart have a common provenance in pain. Their birth in grief and ashes. ― Cormac McCarthy from The Road

The sand doesn’t care if you’re made of flesh or stone. ― Joaquin Lowe from Bullet Catcher

These are burning times. And they call for Burning Women. Women embodied in their passion. Woman feeling in their bodies. Creative women. Courageous women. Women who have learned to run on a different power source to the world which is falling into flames around her. … she will not be dazed, confused and disorientated by the systemic changes happening around her. Centred within herself, receptive to the Earth beyond her, she knows how to cultivate from the ashes, she knows how to find the embers to fuel the new fire.

Burning Women arise.
Our time is now.
Our time has come.

When surrounded by the ashes of all that I once cherished, despite my best efforts I can find no room to be thankful. But standing there amidst endless ash I must remember that although the ashes surround me, God surrounds the ashes. And once that realization settles upon me, I am what I thought I could never be … I am thankful for ashes. ― Craig Lounsbrough