Contemplating Thanksgiving— receiving and giving support — as themes from Matthew 25 about separating goats from sheep and “doing unto others.” When do you need to hold out your hands and open your arms and accept the grace available to you, and when may you be a tangible source of grace for others?

What does love look like? It has the hands to help others. It has the feet to hasten to the poor and needy. It has eyes to see misery and want. It has the ears to hear the sighs and sorrows of men. That is what love looks like. — St Augustine

Pie with Spirits — Mary Wellemeyer
This is the very pumpkin pie
my grandmother made—almost.
She was a modern woman
who knew how to follow recipes.
Receipts, she called them,  because they had been received.
She had a rule for pie crust that was constant
until, from time to time, it changed.
I have that rule, in turn, and it has moved on,
just a bit, from where she left it.
This is my special shared moment
with her, departed a quarter century.
As I work, I am all ages of myself,
and the thought of my tall son comes to join us,
though he hardly knew her.
He makes pies with wild abandon,
sculpting them from material and artistry.
He has received pie somehow at the level of soul.
The three of us make pie together,
preheating the oven,
cutting butter into flour, adding water,
flouring a board, rolling the crust.
To honor her, I follow the recipe.
To honor him, I change just one thing.
To honor myself, I take my time and smile.

None of us got where we are alone. Whether the assistance we received was obvious or subtle, acknowledging someone’s help is a big part of understanding the importance of saying thank you. — Harvey Mackay

Somebody help me, tell me where to go from here, because even Thugs cry, but do the Lord care? — Tupac Shakur

You can’t change the world alone — you will need someone’s help — and to truly get from your starting point to your destination takes friends, colleagues, the good will of strangers and a strong coxswain to guide them. — William McRaven

“You should ask for help,” he said. “I don’t know how to do that, either.”
― Benjamin Alire Sáenz, Aristotle and Dante Discover the Secrets of the Universe

I take to me the services which thou hast done to him. — C.S. Lewis, character Aslan speaking in The Last Battle

Being first to ask for help in a friendship takes courage and humility. ― Afton Rorvik, Storm Sisters: Friends Though All Seasons

Gracious acceptance is an art – an art which most never bother to cultivate. We think that we have to learn how to give, but we forget about accepting things, which can be much harder than giving … ― Alexander McCall Smith

A lot of the time we don’t know when we’re surrendering that we’re actually, at the same time, maybe establishing connection … to a power greater than ourselves — or something in the next concentric circle out whose name is not me. So, that to me is where help begins. You know, we’re often ashamed of asking for so much help because it seems selfish or petty or narcissistic, but I think, if there’s a God — and I believe there is — that God is there to help. That’s what God’s job is. — Anne Lamott

No man is an island, Entire of itself, Every man is a piece of the continent, A part of the main. — John Donne

Inter-being: Tiếp Hiện (接現) is a Sino-Vietnamese term. Tiếp means “being in touch with” and “continuing.” Hiện means “realizing” and “making it here and now.” The translation “Interbeing” (French: Interêtre) is a word coined by Thich Nhat Hanh to represent … Buddhist principles … to describe the essential interconnectedness of the universe … If we look deeply into the nature of our universe we can see all things as profoundly interdependent. 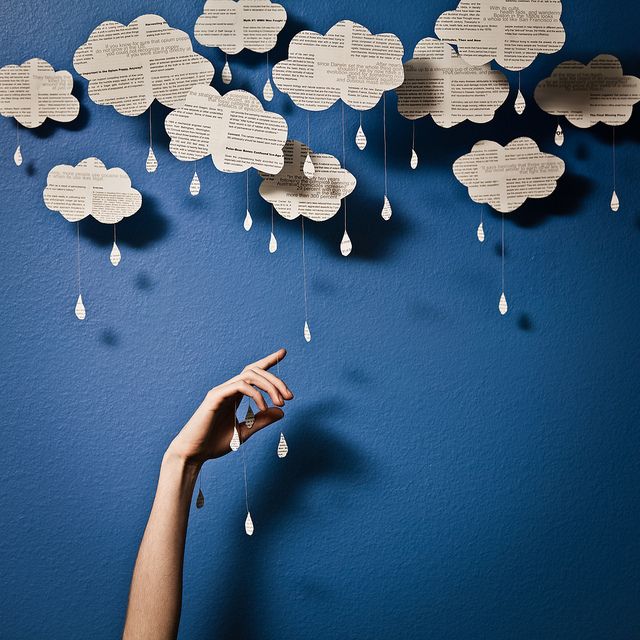 Non nobis solum nati sumus. (Not for ourselves alone are we born.) ― Marcus Tullius Cicero

The purpose of life is not to be happy. It is to be useful, to be honorable, to be compassionate, to have it make some difference that you have lived and lived well. — Ralph Waldo Emerson

No one is useless in this world who lightens the burdens of another. — Charles Dickens

The best antidote I know for worry is work. The best cure for weariness is the challenge of helping someone who is even more tired. One of the great ironies of life is this: He or she who serves almost always benefits more than he or she who is served. ― Gordon B. Hinckley, Standing for Something

No one has ever become poor by giving. ― Anne Frank, diary of Anne Frank: the play

Frankly I’m not religious, but I believe in the cause of humanity — doing good work. — Sukhwinder Singh

It’s not enough to have lived. We should be determined to live for something. May I suggest that it be creating joy for others, sharing what we have for the betterment of personkind, bringing hope to the lost and love to the lonely. ― Leo F. Buscaglia

Human kindness has never weakened the stamina or softened the fiber of a free people. A nation does not have to be cruel to be tough. — Franklin D. Roosevelt

Love and compassion are necessities, not luxuries. Without them, humanity cannot survive. — Dalai Lama XIV

While we do our good works let us not forget that the real solution lies in a world in which charity will have become unnecessary. — Chinua Achebe, Anthills of the Savannah

The simplest acts of kindness are by far more powerful then a thousand heads bowing in prayer. — Mahatma Gandhi

We are not to simply bandage the wounds of victims beneath the wheels of injustice, we are to drive a spoke into the wheel itself. — Dietrich Bonhoeffer

Little Goat — Katie Ford
God is not light upon light, no more
than goat is need upon need
although there, where it grazes, it is sun upon coat
within which ticks and stray-blown feed burrow
into the pocked skin of such foul scent
covering the underflesh heart that could eat
this farmer’s grain or the barren mountain’s bark
high in the solitude of sheer animal peace
laid over sheer animal terror.
We ask the animal afflicted by its time,
its impoverished American meadow
that drove it to find birch from which to strip its easy feed
to abide with us.
It does not need us. We think it needs us.

We must forgive God God’s story.