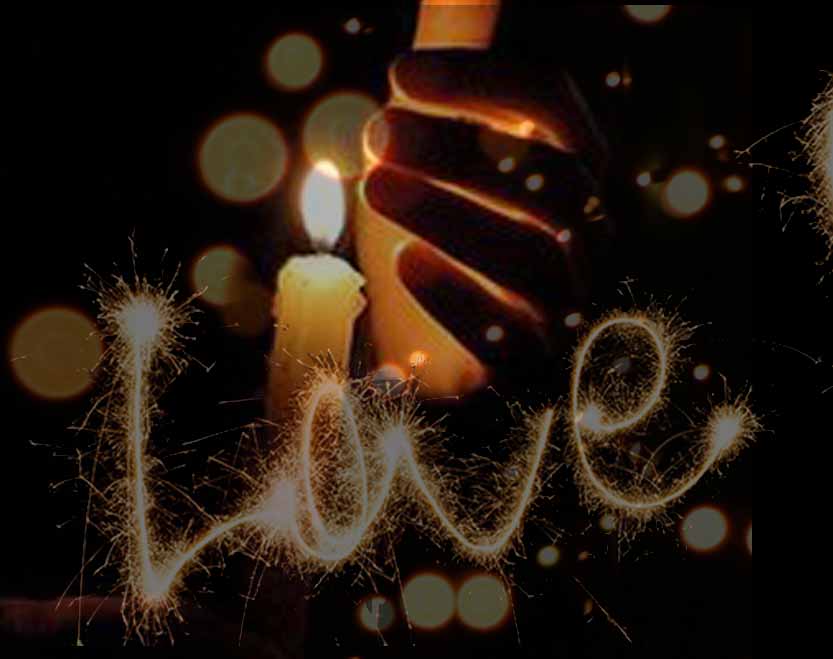 This week, Mary’s song, one of four found in the Gospel of Luke, is a song of praise and resistance, an expectation for justice and change. In times when we wonder whether to expect transformation, we are reminded to work for change, and to recall that we are lights in the darkness.
How will you shine in this season and into the coming year?

Les Miserables – Great Crescendo (excerpt)
Do you hear the people sing? Singing a song of angry men?
It is the music of a people, Who will not be slaves again!
When the beating of your heart, Echoes the beating of the drums
There is a life about to start, When tomorrow comes!

Do you hear the people sing, Lost in the valley of the night?
It is the music of a people, Who are climbing to the light
For the wretched of the earth, There is a flame that never dies
Even the darkest night will end, And the sun will rise.

For those Living with Grief & Loss

I hear
the love of those
who have loved me
echo in me.
All the notes of my song
sing over theirs,
the only kind of beauty.
The song does not die.
May I live
with love and mercy
for it will echo
long after.
— Steve Garnaas-Holmes

The essence of agape love is goodwill, benevolence, and willful delight in the object of love. — Got Questions

True transformation is when we unleash the power of agape. We create an environment for positive change. There is still a world of possibility, even when the worst thing happens that could possibly happen. Forgiveness gives me the capacity to contribute something of value—to create a positive outcome to a terrible tragedy. —Desmond Tutu

Our hearts are like diamonds because they have the capacity to express divine light, which is agape; we not only are portals for this agape, but are made of it. — Anne Lamott

I’m a little pencil in the hand of a writing God, who is sending a love letter to the world. ― Mother Teresa

The beginning of love is to let those we love be perfectly themselves, and not to twist them to fit our own image. Otherwise we love only the reflection of ourselves we find in them. — Thomas Merton

Agape is a sobering love to receive, for it says, ‘If I cannot love you for who you are, then I will do so despite who you are.’ It is unique in that it is able to love those whom it cannot like. ― James Castleton, Mending of a Broken Heart

The ultimate lesson all of us have to learn is unconditional love, which includes not only others but ourselves as well. — Elisabeth Kubler-Ross

If you pour a handful of salt into a cup of water, the water becomes undrinkable. But if you pour the salt into a river, people can continue to draw the water to cook, wash, and drink. The river is immense, and it has the capacity to receive, embrace, and transform. When our hearts are small, our understanding and compassion are limited, and we suffer. We can’t accept or tolerate others and their shortcomings, and we demand that they change. But when our hearts expand, these same things don’t make us suffer anymore. We have a lot of understanding and compassion and can embrace others. We accept others as they are, and then they have a chance to transform. — Thich Nhat Hahn

We are a way for the universe to know itself. Some part of our being knows this is where we came from. We long to return. And we can, because the cosmos is also within us. We’re made of star stuff. — Carl Sagan

To know the dark, go dark. Go without sight, and find that the dark, too, blooms and sings. — Wendell Berry

You must have shadow and light source both. Listen, and lay your head under the tree of awe. — Rumi

We go into the darkness, we seek initiation, in order to know directly how the roots of all beings are tied together: how we are related to all things, how this relationship expresses itself in terms of interdependence. — Joan Halifax

Enlightenment is like the moon reflected on the water.
The moon does not get wet, nor is the water broken.
Although its light is wide and great,
The moon is reflected even in a puddle an inch wide.
The whole moon and the entire sky
Are reflected in one dewdrop on the grass. — Dogen

Is the sweetness of the cane sweeter,
Than the One who made the canefield?

Behind the beauty of the moon is the MoonMaker.
There is Intelligence inside the ocean’s intelligence
Feeding our love like an invisible waterwheel … ― Rumi

… [Sagan’s] statement sums up the fact that the carbon, nitrogen and oxygen atoms in our bodies, as well as atoms of all other heavy elements, were created in previous generations of stars over 4.5 billion years ago. Because humans and every other animal as well as most of the matter on Earth contain these elements, we are literally made of star stuff, said Chris Impey, professor of astronomy at the University of Arizona. “All organic matter containing carbon was produced originally in stars. The universe was originally hydrogen and helium, the carbon was made subsequently, over billions of years.” … In 2002, music artist Moby released “We Are All Made of Stars,” explaining during a press interview that his lyrics were inspired by quantum physics. “On a basic quantum level, all the matter in the universe is essentially made up of stardust,” he said. — Remy Melina, Are We Really All Made of Stars? Live Science (excerpt)

Why, one might wonder, all these songs? Because singing is an act of resistance. That’s not to say that all singing is, of course. Sometimes it’s an act of joy and sometimes of camaraderie, but it’s also an act of resistance. The slaves knew this. When they sang their spirituals they were both praising God and protesting the masters who locked them out of worship but couldn’t keep them out of the promise of deliverance of the Bible. And the civil rights leaders knew this, too, singing songs like “We Shall Overcome,” when so many in the society didn’t give them a chance to advance their cause of justice, let alone triumph. — David Lose, Singing as an Act of Resistance (excerpt)

I wonder whether we would dare to sing the Magnificat today. What would it mean? — Richard Ascough

It’s easy to sing the song, but to pray the lyrics from deep within … that’s worship! — Gangai Victor

Who can resist … the story of Mary’s elegantly exuberant prayer, the Magnificat? Her spontaneous outburst in song echoes Hannah’s praise for God’s marvelous deeds in the lives of all who are marginalized or downtrodden (1 Samuel 2). Like Hannah, Mary sings out of her own experience, her own hope, but out of the experience and hope of her people as well. The Magnificat is a lovely expression of joy at God’s promises kept, a celebration of the tables being turned, or overturned: the lowly are lifted up, the proud are brought down, and the hungry are fed. God remembers the people of Israel, and the promises God has made to them. What a powerful text for every heart hungry …  Kathryn Matthews (excerpt, UCC Sermon Seeds Dec 23 Reflection)

One thing we do know: music in the United States has led directly to environmental action, the equality of our citizens, a movement against war and violence, and it has raised the voices of the working American … Powerful songs have always been the engine behind the greatest social movements — it is the marching soundtrack that unites the people and gives them focus and resolve, and it’s not limited to the U.S. In 1970s Nigeria, Fela Kuti invented Afro Beat music as a way to protest the oil company regime of Nigeria. His song “Zombie” became a global hit that railed against Nigeria’s military dictators. In South Africa, the indigenous Mbatanga music helped bring about the end of apartheid and it spread a message of peace and reconciliation in that nation. In Chile, Victor Jara wrote songs about his country’s struggles, sparking the Nueva Cancion (New Songs) movement that caused South Americans to rise up against their military dictatorships and replace them with democracies. In Brazil, the Tropicalia movement was created by songwriters like Caetano Veloso, Gilberto Gil, and Rita Lee as a form of protest against the Brazilian military junta, which eventually fell from its own corruption and incompetence. In Australia and New Zealand, popular songs written by indigenous and non-ingenious songwriters sparked an indigenous land reclamation movement that is still active today. — Barrett Martin, Huffington Post (excerpt)