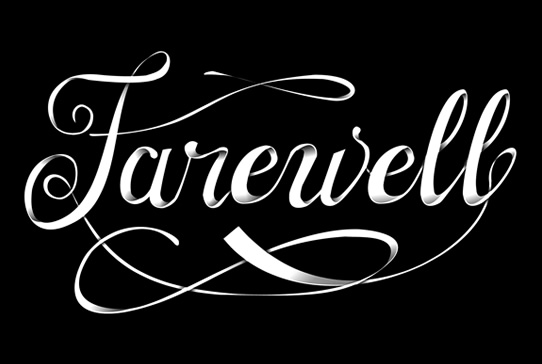 Note: The family would appreciate all attendees of the calling hours and services to wear a mask.Memorial Donations
In lieu of flowers, donations in his memory may be made to GRSEF, FBO Corrigan Family Scholarship, Gorham High School, 120 Main St., Gorham, NH, 03581. Online guestbook at www.bryantfuneralhome.net.

Robert E. Corrigan, 76, of North Conway, NH, passed away on Friday July 30, 2021 at the Maine Medical Center in Portland, ME. The son of Harry E. and Nathalie (Conant) Corrigan, he was born in Westbrook, ME on February 15, 1945 and later moved to Shelburne, NH when he was six. He attended school in Gorham and graduated Valedictorian of the Class of 1963. He then attended Dartmouth College, graduating in 1967 with a degree in English. From there, he immediately began teaching at Gorham High School from where he retired in 1999. After that, he went to work at the White Mountain Community College in Berlin.
Being a teacher of great expectations, he created the Senior Project, a capstone graduation requirement that persists to this day at GHS. Bob (AKA “Crash” from his college days) loved coaching basketball and baseball, as well as playing competitively into his fifties against his high school students. He was named by George H. W. Bush as the 88th Point of Light. In 1989, he was one of ten in the country to be named by Reader’s Digest as a Hero in Education. He was also a Shelburne Citizen of the Year.
An avid golfer for 40 years, on many weekends you’d find him puttering around on the golf course, his drive pushing him to play on par to that of his basketball skills, often stopping afterwards at the 19th hole to enjoy a ham sandwedge.
A lifelong puzzler, he enjoyed solving and creating logic problems and magic squares. He had a hobbit of making terrible puns, by golem — a veritable war of the words. He was oft sought out for friendly chats as well as advice. Never one to miss an opportunity to connect with others, his kids learned at an early age that a quick trip to the store would be a brave new world of multiple conversations with his current and former students encountered along the way.
In retirement he found a second home in Fort Myers Beach, Florida, enjoying an idyllic pace of life among the flamingos that had previously haunted his home in the hamlet of Shelburne.
Family includes his wife of 54 years, Jacquelyn (Bowler) Corrigan of North Conway, NH; children Gregory Corrigan of Shelburne, NH, daughter-in-law Jen Corrigan of Shelburne, NH, Kristen Corrigan of Brownfield, ME and Shelley Corrigan of Intervale, NH; 4 grandchildren: Molly Reynolds and husband Tucker of Lancaster, NH, Airman First Class Riley Corrigan of Dover AFB, Delaware, Aiden Corrigan of Shelburne, NH and Gavin Corrigan of Shelburne, NH; brother Michael Corrigan of Norway, ME; sisters Kathy Longnecker and husband Malcolm of Gorham, NH and Martha MacIntosh and husband Alan of Las Vegas, NV, and 2 nieces and a nephew.
A Memorial Service will be held on Thursday, August 12, 2021 at 10 AM at the Jackson Community Church, 127 Main St., Jackson, NH. Relatives and friends may call at the Bryant Funeral Home, 1 Promenade St., Gorham, NH, on Wednesday August 11 from 1 to 3 and 6 to 8 PM. Private interment will be held at the Conant Burial Ground, Westbrook, ME.
In lieu of flowers, donations in his memory may be made to GRSEF, FBO Corrigan Family Scholarship, Gorham High School, 120 Main St., Gorham, NH, 03581. Online guestbook at www.bryantfuneralhome.net.

“It is tragic that nothing gold can stay.
You will be missed … All those terrible puns above –
those were for you, Dad.”

Celebration of Life
The family will hold a celebration of life service on Sept. 1 at 3 p.m. in Wonalancet (under a tent).

Martha Webb Chandler passed away on July 25, 2021, following a brief period of illness.
Born in 1930 to parents Harry J. and Francis (Newell) Webb, Martha grew up in Franklin, Mass., which, at that time, was a relatively rural town. She attended elementary and high school there and following graduation from Boston University in 1952 she became a teacher.
She taught school at the Summit School in Saint Paul, Minn., for several years before returning to Massachusetts where she earned a M.Ed. from Harvard in 1957.
In 1958, she met John Chandler, the brother of college friends; they were married in 1959 and lived in Laconia, N.H., where he practiced law. They were members of the Unitarian Universalist Church, belonging to both the Laconia and Tamworth congregations.
During the 1960s and early 1970s, Martha pursued an active outdoor life while raising two children in Laconia (school year) and Wonalancet (summer). She returned to teaching in the mid-1970s at Laconia High School and retired in the early 1990s.
Long after her children were “out of the house,” Martha still made it a point to attend Laconia High School sporting events and cheer for all the kids. Martha was an ardent feminist having experienced the prevalent discriminatory practices women faced in the mid-century; and she advocated for education and other life-expanding opportunities for all.
A passionate conservationist, Martha became active with the Society for the Protection of N.H. Forests, which named her Conservationist of the Year in 2016 for her work on Mount Major, and with the Maine-based Mahoosuc Land Trust. Martha loved outdoor life.
She was the head of the waterfront at Camp Weetamoe on Lake Ossipee in her 20s and continued to teach swimming into her 80s at White Lake State Park for the Town of Tamworth.She made a point to be active including taking part in White Mountain Miler events. She also enjoyed cross-country skiing and snowshoeing, even this past winter at age 90, and walked up to a mile almost every day through May 2021.
She volunteered with the Wonalancet Out Door Club — doing trail work in earlier years and, through this spring, shipping the T-shirts the club sells online.
Martha was predeceased by her husband John in 2016, and by her sisters Marian Webb Murray (1982) and Mary Webb Ambler (2015).
She is survived by her children Ellen Chandler, and David Chandler and his wife Nina; extended family includes Caleb Ayers and his wife Ashley. The family will hold a celebration of life service on Sept. 1 at 3 p.m. in Wonalancet (under a tent).
Memorial donations and/or acts of volunteering may be made to Society for the Protection of N.H. Forests (forestsociety.org; 54 Portsmouth St., Concord NH 03301), the Upper Saco Valley Land Trust (usvlt.org; 111 Main St., Conway, NH 03818), the Mahoosuc Land Trust (Mahoosuc.org; P.O. Box 981, Bethel, Maine 04217) or the outdoor organization of your choosing. 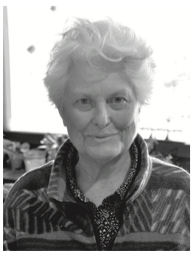 Here is the biography shared by her family: Mary Francoise Paul Howe of Jackson, NH died suddenly on December 4, 2019 at a youthful 84 years old.
Mary was born on September 5, 1935 in Philadelphia, PA. Her parents had immigrated to the US from Normandy, France the year before her birth. During WWII they moved to Montreal, Canada. When Mary was a teenager the family moved to Denver, CO. She attended Kent Denver Country Day School for Girls, where she was a member of International Relations Club with her friend and classmate, former Secretary of State Madeleine Albright. After graduating, she attended Pembroke College in Providence, RI.    In her 20s, Mary was living in Cambridge, MA and joined friends on trips to Overlook, the Howe family summer home, in Jackson, NH, where she met John Howe. They discovered a shared passion for fly-fishing, went out fly-fishing together, and fell in love.    They married in Ann Arbor, MI in 1961. In marrying John, Mary gained two stepsons, Andrew and Nathaniel. Daughter Catherine (Cuppy) was born the following September. They moved to Fairbanks, AK, where John worked on early weather satellite research. Mary took classes at the University of Alaska in Fairbanks, including silver working. In 1965, they moved to Annapolis, MD, where daughter Lucy was born. Next they moved to Acton, MA where John worked for GE on early nuclear submarine development. In 1969 John and Mary decided to return to Jackson and live year-round at Overlook, while John worked as an engineer at the Mount Washington Observatory until his retirement.    Mary began raising sheep, chickens, pigs and other animals and had expansive and chaotic vegetable gardens. She encouraged her daughters to participate in all of these endeavors. Cuppy and Lucy also remember many messy finger painting projects on the kitchen floor in their underpants. The family frequently hiked in the Presidential Range and sailed off the coast of Maine. Mary loved to travel and was lucky enough to have friends and family who were willing to take care of her daughters while she went off on adventures.    Once her daughters left home, Mary got involved in local politics. She was on the school board and the conservation board. She was part of a local bird watching group. John retired in 1988 and they bought and refurbished Vixen,an old wooden sailboat. They lived aboard for several years, sailing between Maine and the Bahamas, their grand adventure. It was at this time Mary began painting.    In recent years, Mary was active in the Jackson arts community and her painting career flourished. She was an early supporter of the Tin Mountain Conservation Center and an avid birder. She was also a member of a French Club and the Jackson Community Church and its poetry group. Her most recent passion was learning to play classical guitar.    Aside from her husband, John, she leaves behind her sister Annick Paul Lopez, daughters, Catherine (Cuppy) and her husband, Dick Gordon, of Wellesley, MA; and Lucy and her husband, Reese Hersey, of East Calais, VT; as well as her stepsons, Andrew Howe and his wife, Gay, of Jackson, NH; and Nathaniel Howe and his wife, Pamela Hitchcock, of Belfast, ME. Additionally, she leaves her seven adored grandchildren, Whitney and Spencer Howe; Molly Howe and her husband, Jake Newton; John (Gus), Charlie, and Sam Gordon; and Ogden (Noggo) Hersey.    A service will be held at the Jackson Community Church Saturday, December 21 at 2:00. All are welcome. Donations can be made in her memory to Tin Mountain Conservation Center, Albany, NH at tinmountain.org